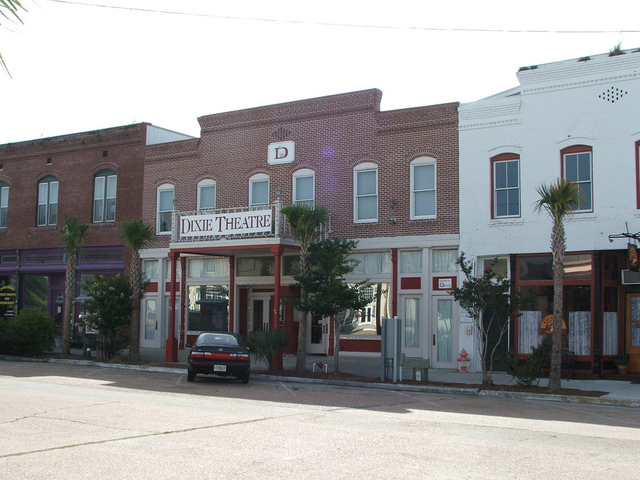 Originally constructed in 1912, the Dixie opened in April, 1913 as a theatre for live entertainment. With the advent of motion pictures, it became a movie theatre.

While it would have occasional live presentations and functions, the Dixie Theatre operated primarily as a motion picture house until 1967, when it was closed and shuttered.

The building was purchased in 1994 by two theater lovers. In keeping with the Historic District, every effort was made to replicate the original Dixie Theatre. The front facade of the building was replicated, and the original ticket booth was restored, after being donated to the theatre by Wesley Chesnut.

The building was completed at the end of June, 1998 and leased to the Dixie Theatre Foundation, Inc.

Here is a picture from September 2010.