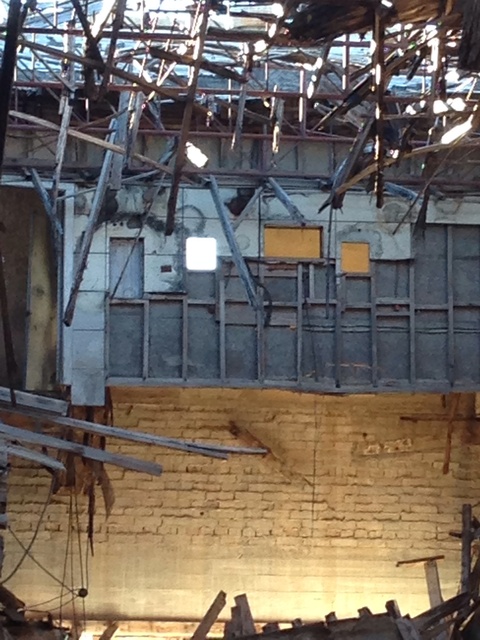 When I photographed the Lorex Theater about 20 years ago, it appeared to have already been abondoned for a number of years. Grey brick was exposed on the sides of the building and possibly had been stuccoed over on the front. “Lorex” was painted on the front of the building in the style of a banner. It apparently had an awning at one time and possibly a marquee. It had a typical movie poster frame on each side of the entrance.

F.D.Y. from 1950 gives the Lorex Theatre a seating capacity of 504 people. But looking back into that little city. Going back to the early 30’s there was a theatre called the Best located in that town. Then later the Hub and Lore. For a town of just 700 pop. The Lorex Theatre might have been called those other names during it’s history as a movie theatre.

My photograph of the LOREX www.flickr.com/photos/lastpictureshow/214260351/

An updated photo of the Lorex Theater in Loraine.

I posted an update of the Lorex Theater in Loraine Texas in the photo section. All photos taken on 12/1/14. The walls of the building are pulling away from each other and the roof is gone. It can’t possible stand much longer.