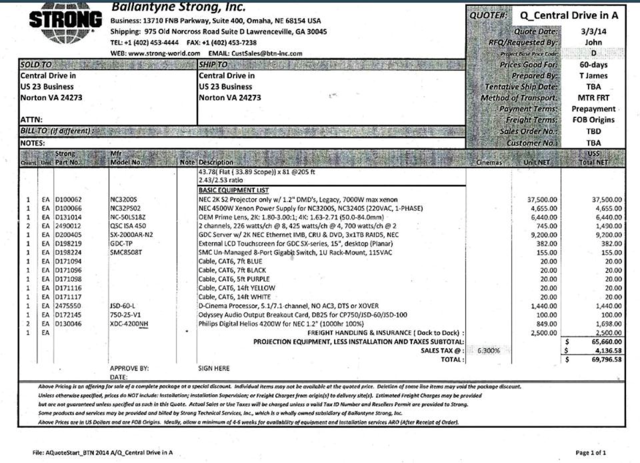 The Central Drive-In opened in 1952. This drive-in has a capacity for around 350 cars.

And even more here:
http://driveins.4t.com/va-norton-central.htm

The Kingsport Times-News wrote that the Central opened “in 1952 by the Kiser family of Wise County”.

“Buddy and Paula (Herron) bought the Central in 2005 from Jeff Kiser following the death of his mother, Agnes Kiser Lay, the Kiser family’s much loved drive-in darling who operated the Central for many if not most of those years since it opened in 1952.”

Multiple reports say the Central has a very nice arcade. This YouTube video from July 2017 includes a glimpse plus some drone footage with a train passing by across the highway from the screen.

Was that co-owner Large or Lodge? Historically the Catalog had fewer errors, so my guess would be Lodge. Update: Except I’m wrong. On Facebook, the reply I received was “the original owners were the Kiser family and the Large family.” It’s the rare case when the MPA was right and the Catalog wasn’t.