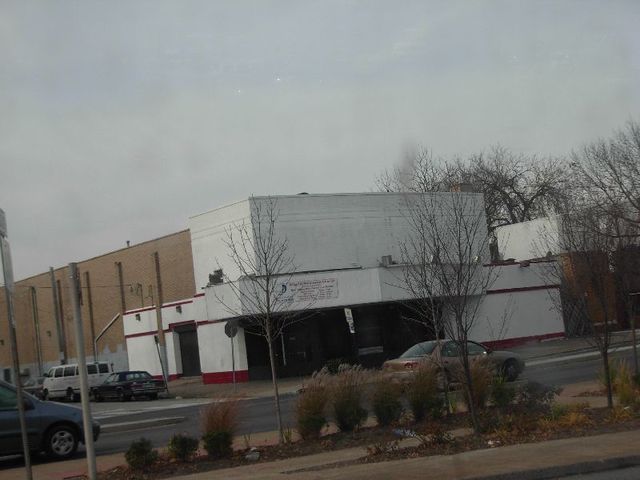 Opened November 9, 1938, the Lane Theatre, located at Broad Street and 67th Avenue, was designed by David Supowitz in Art Moderne style. It could seat 607. After the Lane Theatre closed as a movie theater (screening adult movies) in March 1975, it became a church. From 1982 to 1991 it was a Datsun car dealership. From 1993 to2019 it was home to a church.

Many long, long runs here including the premiere engagement of “David and Lisa,” and the French suspense classic “Diabolique.”

This theatre was mentioned on a DVD of the Dick Cavett Show. Lots of theatres were named in the golden age of theatres.

Played an eclectic mix on films in the 60"s. “A Funny thing Happened on the Way To Forum” played there first run, I believe the only location in the city.
Also Joanna very quirky mod sex comedy directed by Michael Sarne who got Myra Breckenridge
based on Joanna’s success.

Here is a larger version of the photo posted on 3/2/05:
http://tinyurl.com/rbe8cr

Here is an April 1975 photo from Temple U:
http://tinyurl.com/ylkc5bo

Went there once and got jumped. Never went back.

Above information needs to be corrected. This theater was a Datsun car dealership at least through 1983. I am not sure when the church moved in.

This opened on November 9th, 1938. Its grand opening ad in photo section

6700 North Broad Street’s later chronology through Inquirer ads: the Lane’s adult operation as late as March 1975; a single mention of “The Church of the Beloved Community,” holding a funeral in 1977; auto dealers (Datsun/Nissan overlapping with a Dodge franchise) from 1982 to 1991; Pilgrim Wesleyan Church shows up 1993-2019, mostly in lists of polling places.