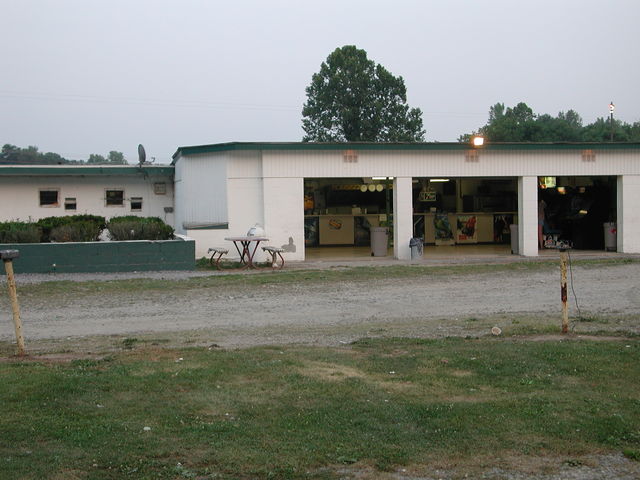 The Overlook Drive-In opened September 10, 1949 and was operated Liggett-Florin Booking Service. A vibrant drive-in that still attracts large crowds and people from all walks of life, the Overlook Drive-In is located just 15 minutes away from the endangered Hyde Park Drive-In

1969 sees “PRIME OF MISS JEAN BRODIE” and “GUIDE FOR A MARRIED MAN” playing both rated “M”.

Alicia, the movies playing the Overlook Drive-in Theater in Poughkeepsie, NY on June 1, 1976 were a double feature of Mother Jugs and Speed and Harry and Toronto. Sorry my reply being late by about eight years.

Shouldn’t that be “Harry & Tonto” not Toronto?

The 1949-50 Theatre Catalog listed the Overlook’s owner as Harry Lamont, and its capacity as 700 cars. Other references list the capacity at 500.

In the 1982 MPA, the Overlook is listed under Lagrange with the owner S. F. Cohen, and that’s the way it stayed through its last drive-in list in 1988.

The Overlook must have been built in a hurry! From the Poughkeepsie Journal, Aug. 4, 1949:

Four Albany men have formed a corporation which has purchased property in the Overland Road, Town of LaGrange, as a site for a drive-in theater, it was learned today.

The Albany group has purchased approximately 12 acres of land of the George Beyer property in Overlook road. The deed of the transaction indicated a consideration of $9,000. Members of the corporation were identified as Harry Lamont, Gerald S. Schwartz, Sidney Urbach and Lewis A. Sumberg. The last named is attorney to the corporation.

… The theater will accommodate 700 cars, it was said. The 12-acre tract is bounded on the east by Overlook road and on the west by the Wappingers creek. It is close to DeGarmo bridge.

found this cool video of the drive-in