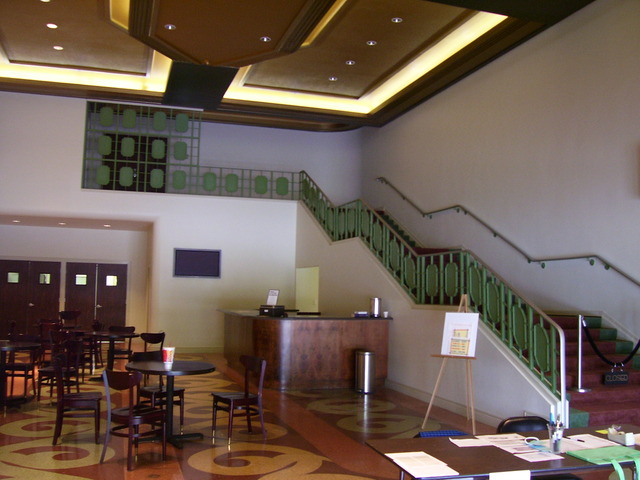 Like the Santa Rosa Theatre, the Garden Oaks Theater was built in the late-1940’s by Interstate Theatres Inc. and was a sub-run 28 day house off downtown Houston. The Garfen Theatre was opened on July 10, 1947. The theater was in an “L” shape design. A second screen was later added it was had been a retail space in the theater building. It operated at least through the mid-1990’s, last named Capri Theater and is a church today.

I remember seeing many films here…one memorable night in particular seeing Burt Reynolds in ‘Hooper’ with my dad.
In the early 90’s when this theater was in limbo, i remember going in one afternoon and talking to the old hispanic man who owned it: Al Zarazama. He saw that I really had the passion for the old cinemas, which surprised him, as I was only in my early 20’s then. The big theaters were just killing him and he didn’t know what he wanted to do. He told me that day that I should try to get some investors…and if I did, hed sell the theater to me. I was 23 or 24…it was an impossible dream fro me to even ponder. But I think about that sometimes.

A look back at the Garden Oaks Theater in Houston from 1998.

The Garden Oaks was one of several post-war Houston theaters designed for the Interstate Circuit by H.F. Pettigrew and John A. Worley of the Dallas firm of Pettigrew & Worley.

The Garden Oaks opened on July 10, 1947. The premier feature was “The Sea of Grass” with Spencer Tracy and Katherine Hepburn.

I saw Saturday Night Fever here in early 1978. I was 8 yrs old. I remember while driving away from the theater late that night, on Shepherd going toward 610, seeing what looked like an old woman laying in the street at the curb. I don’t think anyone else in the car saw this but me.. I never forgot it.

I have some nice photos of the Garden Oaks theater but I don’t know how to post them here. I got them off an old website twenty years ago. I have no idea who owns them but they are really nice including some interiors. Ray Frazier

Can you rent this theater…..