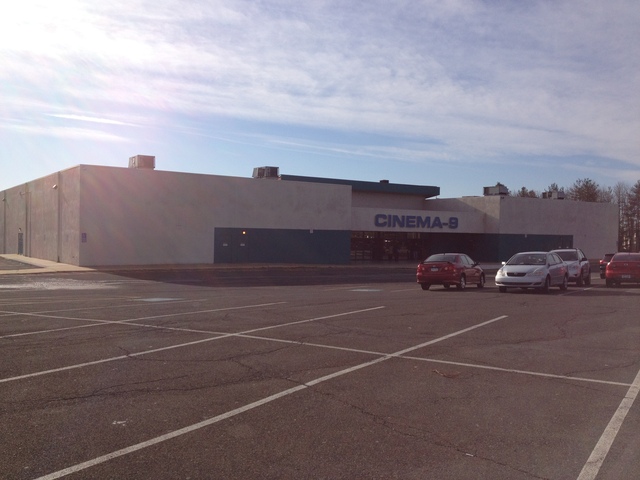 This theatre was built by William Goldman & Co. as a single-screen theatre which opened April 10, 1968. Originally owned by Budco, which also owned the adjacent 309 Drive-In. Twinned on February 8, 1974. On February 1, 1980 another screen was added on the right side of the existing building.

The first addition was on the left. Subsequent splitting of the two auditoria made it into a 4plex. The last addition, resulting in 9 screens, was done, prior to the purchase by AMC, by a group of hotshot movie mogul wannabees who hired a major theatre architect from Boston, rather than the local architect who designed all Budco’s facilities, who proceded to screw up the patron circulation.

Opened in 1968, the 309 Cinema, a single-screen, first run theatre was built adjacent to and on the same site as the 309 Twin Drive-In (now demolished) by Budco Theatres Inc. The theatre was twinned in the mid 1970’s and several additions and renovations to the original building, and poor planning, during the late 1970’s and early 1980’s has resulted in the hodgepodge that exists today. The cinema was rebranded the AMC 309 Cinema 9 when the Budco Theatres chain was acquired by AMC Cinemas (now AMC Theatres) at the end of 1986. Renovations to the lobby were made in the early 1990’s. And since it is a cinema, a marquee would be nice!

How many screens did this theater have as of the winter of 1978/79?

From what i heard, the 309 Cinema will be completely rebuilt

Due to the expansion of the 9-screener 309 Cinema, the 309 Drive-In which became a twin in 1981 closed its gates during the same year in 1986 not just because of the Cinema 9, but a plan of a strip mall being added.