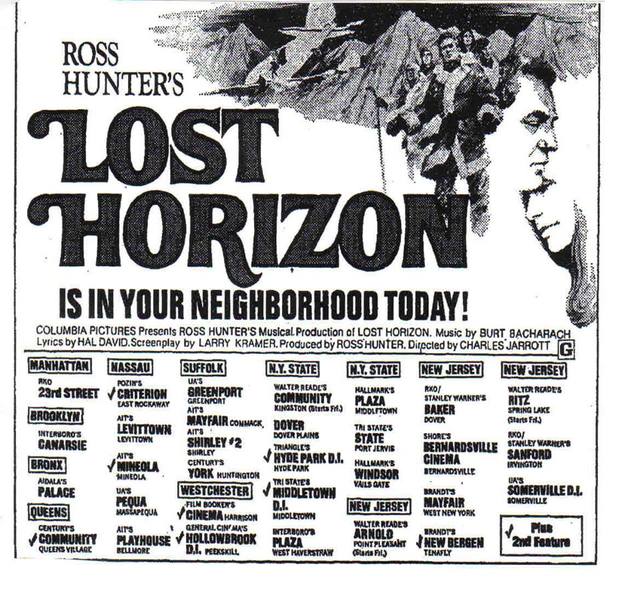 The Columbia Theater was opened on August 15, 1915. In 1921 it was renamed Liberty Theater with 400 seats. Spent summers in the area as a kid… saw “The Egg and I” and “Casanova’s Big Night” there in the early-1950’s. It was renamed Bernardsville Cinema on August 28, 1970. Triplexed on April 14, 1995, the only change to the facade of the building is the addition of a flat letterboard above the Colonial-corniced entranceway.

In June 2013, Bow-Tie Cinemas too over as it took most Clearview locations. New operators took over in late-2019.

Listed as open in the 1944 FDY. Listed in the 1961 FDY as part of Triangle-Liggett Theatre Service, as “Liberty”.

As noted by others, this is one of those beautiful grand old theaters that was reworked into an oddly shapped triplex. Fortunately I had the opportunity to see several films on the big screen, such as PRIVATE BENJAMIN, REDS, and RAGTIME before the theater was rebuilt in the early 1980s.

The drawback of dividing up the old place is that the individual theaters are small. I took my kids there to see THE EMPEROR’S NEW GROOVE and the size and quality of the picture was little better than watching the film at home on a large televison set. Today when I pay an arm and a leg for movie tickets I expect a BIG picture with unmatched sound quality. Alas, those days are gone.

Old program from the Liberty Theater:

Former employee here – I worked at Bernardsville Cinema 1987 to 1991. Yes, there was a balcony! At the time I worked there it had been closed up for years and the balcony space was used as a projection booth, with additional rooms used for storage. The switch from a single screen to three screens happened somewhere around 1989 or 1990. None of us who worked there wanted to see this neat old place chopped up into a multi-plex, but it was either that or go out of business entirely. Once the Morristown Headquarters Plaza theatres opened in the late 80’s, the patronage of Bernardsville Cinema went WAY down, and something had to be done to keep the place afloat. Still, great memories of a bygone era!

The theater has new owners: https://www.newjerseyhills.com/bernardsville_news/news/new-management-cuts-ticket-prices-at-bernardsville-cinema/article_16720535-e673-58c7-8463-d391895c99b7.html

PLEASE UPDATE, 266 SEATS BASED ON ARTICLE

The seating capacity according to newjerseyhills.com artice is 152, 62 and 52 seats.