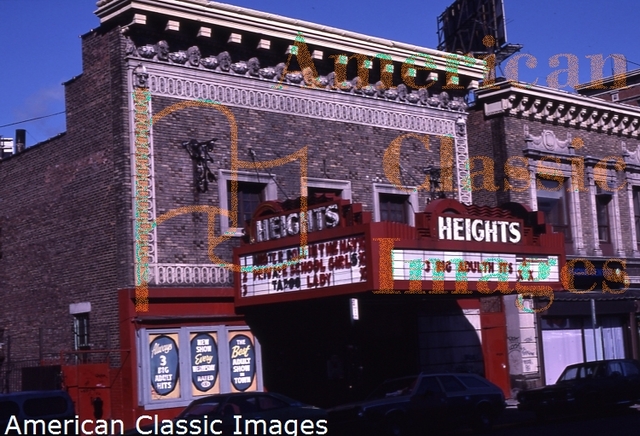 guarina: at 150 Wadsworth, the Heights Theatre building is on the west side of the street.

Ed: I’ve held off submitting the Wadsworth Theatre because I’ve been unable to find any evidence that it operated as a movie house at any time during its brief existence. However, while trying to find such evidence I came across an item in the July 5, 1913, issue of The American Contractor that is probably about the Heights Theatre, which opened October 11, 1913:

A couple of Townsend, Steinle & Haskell’s large apartment buildings made it into the AIA Guide to New York City, but the Heights didn’t.

Joe, Thank you for the clarification. I was under the impression that on avenues the odd numbers were on the west side, even numbers on the east, judging from the RKO Coliseum, the Uptown, the Loew’s 175th Street, Theresa Pharmacy, Washington Heights Federal Savings.

They usually are, guarina, but for some reason on Wadsworth Avenue it’s back-asswards.

Well, Jeff, since the Wadsworth isn’t on CT please do the honors.

The Wadsworth Theatre now has its own page.

I lived near this theater in the early ‘60s. Wasn’t the Heights the local “arthouse” theater? I remember my father taking me there to see British films

In its art house days in the sixties, saw my first gay themed film here, the Leather boys. I was a child. they still let me in. Later they barred me from seeing The Collector, another Brit film. So my mother took me. She didn’t see the problem. I also saw a soft core Jane Fonda film in French. They let me in to see that alone. capricious policy regarding children and adult themed films. great memories.

I sat watching Brigitte Bardot in her monumental ‘And G-d Created Woman’ in the mid-1950’s. 10 mins. after it began an adult sat in front of me … my father.