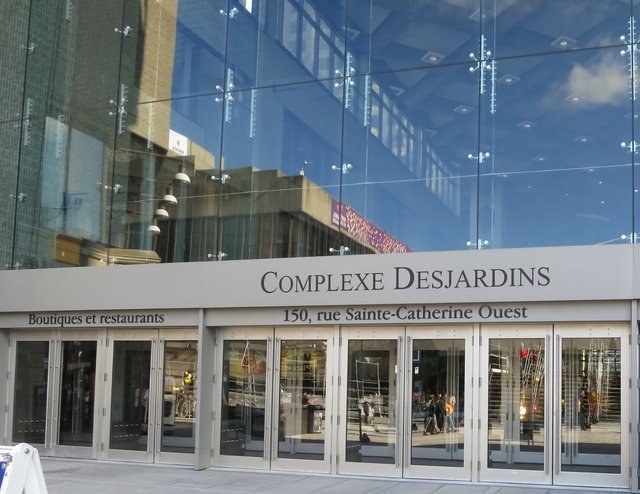 Opened by France-Film on April 30, 1976. This four-screen cinema in the fashionable Complexe Desjardins shopping mall had a quiet elegance to it. Each of the four auditoriums had a decorative style different from the others, very comfortable seats, theatre curtains, and excellent projection.

The programming was mostly French and international films of merit. It was used during some of the Montreal World Film Festival events, primarily for film-market screenings. It was taken over by Cineplex Odeon in 1984. It was closed, it seems, because it would have cost too much to make the place wheelchair accessible.

This was opened in 1976 by France-Film, which was taken over by Cineplex Odeon in 1984

The decor of the auditoriums was marvelous. I was here a few times, but I especially remember going to see the French-Canadian film “Leolo” in July, 1992. Directed by the late Jean-Claude Lauzon, it had caused some minor scandal, I believe, when shown at Cannes. It had not yet opened in the U.S., so I watched it here (with no English subtitles) despite my only rudimentary knowledge of French. I was absolutely overwhelmed by it, despite my not understanding all the dialog. Today “Leolo” remains one of my favorite films of the 1990s and I consider it a masterpiece.