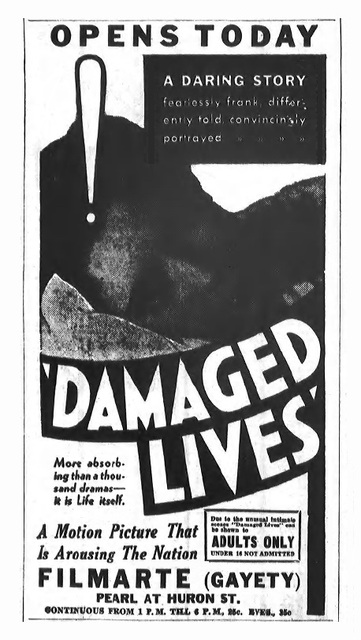 This theater, located on Pearl Street at Huron Street, was built in 1914, designed by architect William H. McElfatrick. It was originally a burlesque house, but later turned to movies.

The Gayety Theatre had various later name changes: Playhouse Theatre, Filmart Theatre, State Theatre, and in the 1940’s-1950’s the Old Vienna Theatre. It was razed in 1955 and a parking garage is on the site today.

According to newspaper articles, in its later years, as the “Old Vienna”, the chief attraction
here was Bingo. Patrons were charged $2.00 to see a second run movie, after which a
Bingo game was held, with cash prizes. Bingo was illegal at this time, and after a series
of confrontations with the law, the theater closed in March 1951.

That cracks me up. Every church parish hall, legion hall and VFW post in the area had bingo games at least once a week. Were they ever raided…not likely!