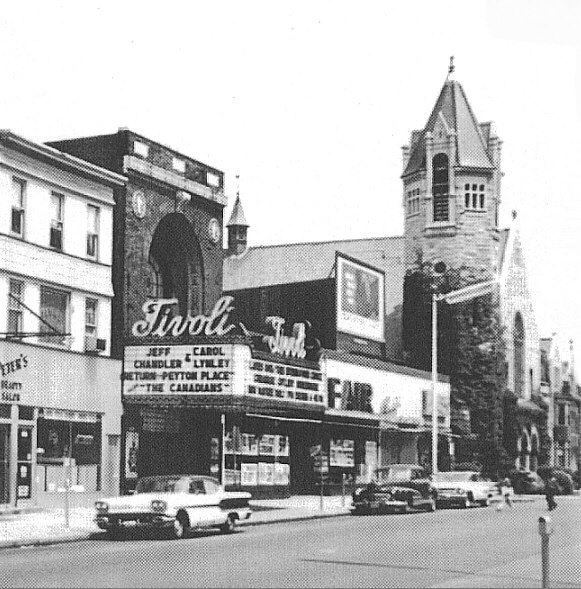 Attached photo shows theater open as of 1925. Still listed as open in the 1951 FDY. The Tivoli Theater has since been demolished.

Looks very much like this 1904 postcard of the Empire Theatre on sale on eBay:
View link

Listed in the 1944 FDY as part of Warner Bros. Listed as part of Stanley Warner Corp. in the 1961 Film Daily Yearbook.

I was just in Newark yesterday to photographs cinemas. This theatre is demolished.

Can anyone help me find some photos, slides or films of the Tivoli or Plaza Theater, and the downtown Newark movie palaces? I need them for a documentary film project. Someone on this site promised me some material a while back, but I never heard from them. If you read this, it would be great to hear from you. Please e-mail me directly, if you can help. My e-mail is
Thanks, Ron Merk

I was in the Tivoli and took some photos in the late 70’s shortly after they began demolition. I’ll see if I can scan them and post links.

The theater was in REALLY bad shape and I was told it had closed in the late 60’s after the riots. In fact, the whole neighborhood looked as if it had been bombed during the war. It was shocking!

The day after I went through the building, there was a news report that the stage wall had collapsed onto someones home directly behind the theater. I don’t recall if anyone was killed or injured.

Hi, this is for Bob Furmanek. Would still love to get some copies of those photos you took of the Tivoli. I’m still looking for material for my documentary. Regards, Ron Merk. is my e-mail address. Or if you have big files, I can give you an address to upload them to.