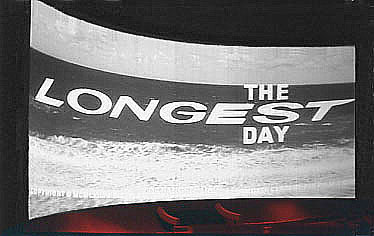 Built and opened in 1823 as the Bellevue, a society restaurant. The original entrance was on the other side of the building facing the Singel canal. It had several name changes over the years, before reverting back to the name Bellevue and was a popular meeting place as it has a good location alongside the Stadsschouwburg Amsterdam (Amsterdam Municiple Theatre).

In 1906 it began showing movies, but this was not a full time operation. It was in 1938 that architect J. Heinman and interior designer M. Ketting re-modelled the cinema and it became a premier movie theatre in central Amsterdam. Seating is on one level, with no balcony.

Plans were put forward in 1954 to demolish it and replace it with a twin screened building. But this scheme was abandoned when the single screen Calypso Cinema was built on adjacent land in 1955.

The original entrance was closed off and a new joint entrance was formed to serve the two cinemas on the busier Marnixstraat.

The Belleview was converted by architects Carel L.W. Wirtz and K.J. Roosendaal into a Cinerama theatre which opened on 9th September 1965 with the movie “The Hallelujah Trail”.

Although no longer screening Cinerama films in later years, it retained its name and is one of only a few cinemas in the world that still had the Cinerama name on its signage and advertising. The final screenings at the Bellevue Cinerama was “Sky Over Holland” (in 70mm) and “Cinema Paradiso” on 3rd December 2006.

As of the first of the year, it has been closed down and will be demolished shortly to make way for a Joop van de Ende performing arts complex.

Apparently the Bellevue Cinerama went out in style. Closing with special screenings of 70mm prints of blockbusters such as “55 Days at Peking” and other great movies. Apparently the prints had some fading to pink, but despite this there were standing ovations at the end, plus a few eyes awash with tears. Closing date was 30th December 2005.

The website: http://www.in70mm.com/now_showing/index.htm shows on its current calendar that the Dutch Filmmuseum will be hosting a weekend of 70mm films there October 13-15, 2006 (including “2001” and “Battle of the Bulge”), and the museum’s schedule shows a French film being screened there in September. The map on the museum’s website still shows the theater as one of its venues. Apparently the impending demolition has been at least delayed.

The Bellevue Cinerama, as well as the Calypso theater which was on the same lot, have now been demolished. See photos in my Flickr stream: View link

Hi, this question is most likely directed at the wrong theatre in Amsterdam, but does anybody remember in which theatre “MAS*H” (1970) premiered? I saw it there, and can only recall a very large, though not Cinerama, screen. Thanks in advance.

Hmm.. There were quite a few theaters with large screens, some curved, not all of them having premieres though. My guess is it was the City, in the centre, or otherwise perhaps the gorgeous Tuschinski, the Flora, Du Midi or Cinema West / International. The latter two were not downtown. Maybe you can find it on this page about the 70mm theaters of Amsterdam: http://www.70mm.nl/

Thanks. I do recall a very large balcony, tho.

The final definite last screening at the Bellevue Cinerama was that of a gorgeous unfaded 70mm print of SKY OVER HOLLAND and then CINEMA PARADISO (35mm, not the Director’s Cut) on December 3rd, 2006. I do'n recall the last screening in the Calypso, but it was earlier, probably during the Amsterdam Fantastic Film Festival of 2006. The seats had been removed from the balcony then. The two small auditoriums of Bellevue and Calypso had closed years before, around 2003 or 2004.