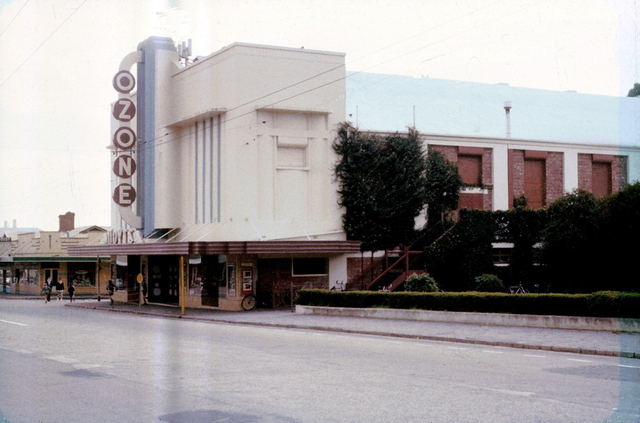 Located in the Adelaide suburb of Marrayatville, the Regal Cinema is the oldest purpose built cinema operating in Adelaide, South Australia. It has a National Trust Commendation and is on the State Heritage Register.

It started its life on November 24, 1925 as a silent cinema named Princess Theatre. Designed by architect Chris A. Smith, the theatre had panels on the side-walls and each side of the proscenium which contained painted frescos. The opening film was Mary Pickford in “Little Annie Rooney”. It went into receivership three years later.

It was purchased by the Waterman family and renamed Ozone Theatre. In 1941 it was completely renovated in an Art Deco style to the plans of architect F. Kenneth Milne, re-opening on 30th May 1941 with Anna Neagle in “Irene”. The Ozone Theatre seated 1,290 in stalls and circle levels on a stadium plan. There was a crying room and a party room at the rear of the stalls, which still exist today.

Hoyts took over in the 1950’s and it was re-named Chelsea Cinema. In 1963 Hoyts sold it to the local Council but leased it back. In 1971 Wallis Theatres won a tender and operated it until late-2011. It was taken back by the council. Taken over by Republic Theatre, it was re-named and re-opened the Regal Cinema on 23rd February 2012 with Meryl Streep in “The Iron Lady”.

It was intended to add three screens on adjacent land next door but maintain and improve the original, but these seemed to have been put on hold.

The Regal Cinema was taken back by the City of Burnside Council in March 2018 and they will continue to operate it.

In trouble and likely up for sale, see story
View link

My late Dad was the projectionist in the 1950s and 1960s. I went to the primary school opposite as a small child and often would join my Dad after school, as he oprepared for the evenimng screeings in this Adelaide suburban cinema. The Ozone, later the Chelsea (1971 to 2011) and currently the Regal.