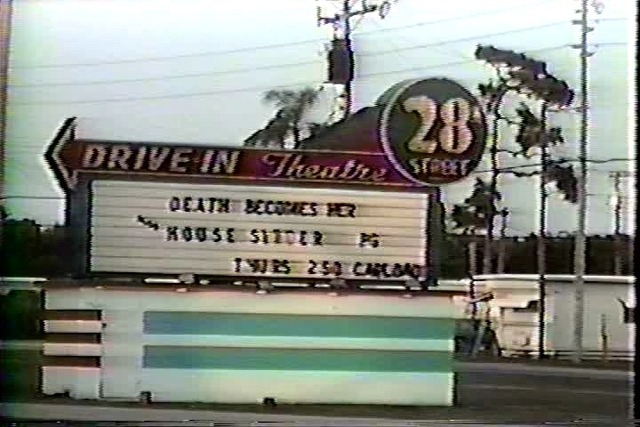 Video from the last show: http://www.youtube.com/watch?v=HK2W5xkA5Xs

I was the projectionist there for many years and own one of the RCA ( Brenkert ) projection heads. I also have many pictures including the projection booth both with two projectors and arc lamps and with one projector and platter.

My Baby was the one in the swing LOL

I worked concessions at this drive in one summer (maybe 1965). The soft drink folks would come out and set the mix ratio (5-1) between the syrup and the soda water. As soon as they left, the manager would come in and crank the screws down to about 10-1. We made “pizza” by taking the crust and spreading 1 tablespoon of sauce across the crust. One day, I chastised the mgr. for wasting sauce. I showed her that if you rubbed two crusts together you could do two pizzas with only one tablespoon of sauce. She adopted the idea immediately !! 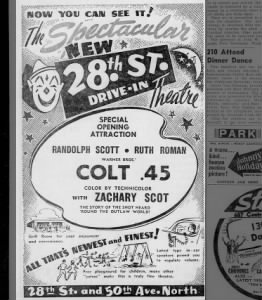