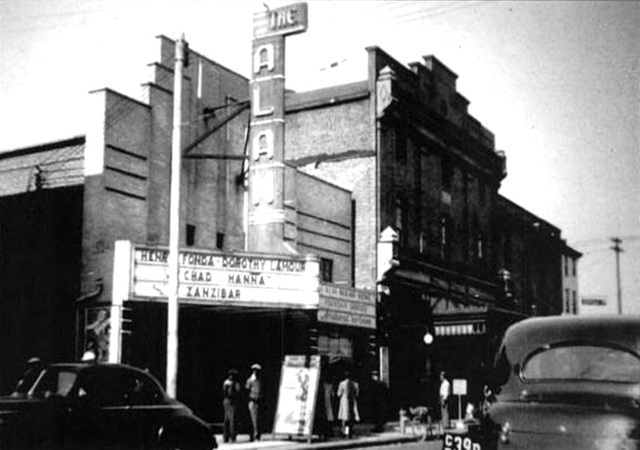 This is the wrong place for this comment, but alphabetically it’s pretty close. There was a drive-in in my hometown of Absecon NJ called the Absecon Drive-In. My friends and I used to sit on the railroad tracks behind the drive-in in the early seventies and watch Russ Meyer films. That was quite an education for a twelve year old, given Mr. Meyer’s well known proclivities. Perhaps you can create an entry for this? The theater was on the White Horse Pike next to the golf course going west to Atlantic City. I think it closed down in the 1980’s.

ken mc – check drive-ins.com for information on the absecon

I did not see any building at this address when I was in AC last year. Google maps will not load where I am now, so perhaps someone can take a look and see if this is in fact a parking lot.

Google has not gotten to Atlantic City yet, for reasons unknown. I will take another look when I go there later this year.

The odd side of Arctic Avenue in the 1600 block is vacant. There is a park on the western side of the block. Status should be closed/demolished.

The Absecon Drive-In does have a Cinema Treasures page. Located on Absecon Road (now Blvd.) between Cessna Ln. & Wynnewood Dr.), the drive-in opened in 1955 and was designed by architect Leon M. Einhorn. The Absecon closed in the fall of 1983. Now back to this page and The Alan Theatre.

You did not see a building at 1615 Arctic Avenue because there is none. The Alan Theatre was demolished. It’s not a parking lot either. It’s Brown Park, a not so nicely kept city park.