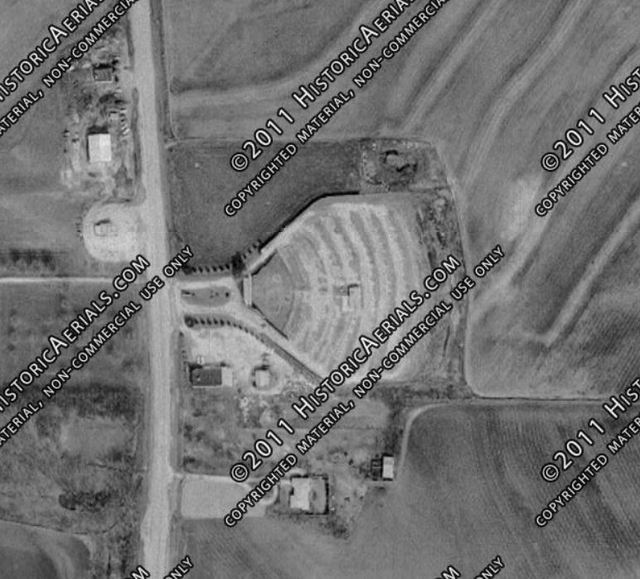 The Fiesta Drive-In was opened prior to 1955.

In the late 50s/early 60s my uncle, who was a veterinarian, had his office in the screen of the Fiesta. It was a long, narrow space—maybe 15 ft. by 50—but it had a certain style. He even knew the combination to the safe. There was also a back door in the screen that made it possible (occasionally) to sneak out into the theater area and watch the movie for free. I spent two summers with his family in Winters and Ballinger. We saw several movies at the Fiesta during this time, including Jerry Lewis in “Cinderfella” (ouch!) and Robert Mitchum in “Home from the Hill” and “Thunder Road.” The last time I went through Winters was in the late 80s/early 90s and the theater was being used to store oil drilling equipment during the “oil glut” (We could sure use an oil glut now!!) I think the screen was still intact at that time. A lot of Texas drive-ins were used like that in those days. There had also once been an indoor theater in “downtown” Winters, recognizable by the architechture—but it must have closed before my first visit in 1959; only vague memories remain. Best wishes, good luck, and good counting to all.

H and H Circuit I have in 1956,but could be the same Company as above.

Approx. location for this drive-in was south of town. On Hwy 83, just south of County Road 385 on east of the highway.