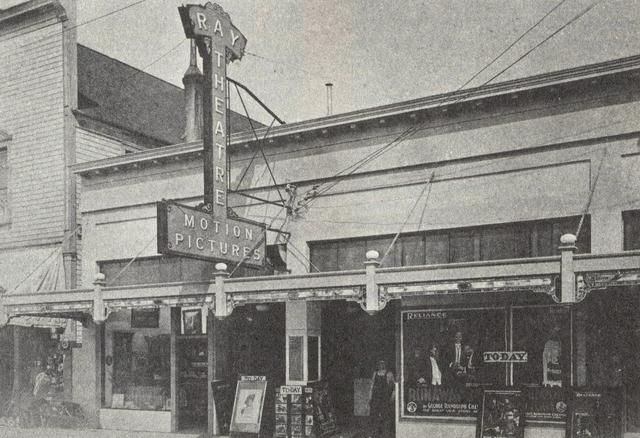 The building later became Proffit’s Store and then it was a bank.

Thurston County list it as “National Register of Historic Places - Non-Contributing”. County records also incidicate that the building was renovated in 1961 and in 2000.

This theater was operated by the Zabel family. They operated many local Olympia, Washington theaters over the years. Back in the early years (around 1910 to 1930) their company was known as Olympia Amusement Company. Later, the name was changed to Zabel Theater Company.

this link suggests that the original building may have been demolished:
View link

I’ll take a look today, but if the bank is there my opinion would be that the theater was demolished long ago.

The bank extensively remodeled this theater. Hidden up behind the suspended ceiling are some artwork from the theater.

If it’s open today, I will take a look inside.

The building at 116 E. Fifth is an indoor mall, newer construction. I don’t know if 116 Fifth SE is a different address. I will keep walking on Fifth.

Good. I’m on the other end of town anyway.

Theater opened on Saturday April 18, 1914 and closed on Tuesday December 2, 1924. The manager of the theater was a Mr. H. T. Moore. The last movie shown at the theater was “Single Wives” starring Corinne Griffith and Milton Sills. The openings in 1924 of both the Liberty Theater (later called the Olympic) and the Capitol Theater forced the Ray Theater to close.