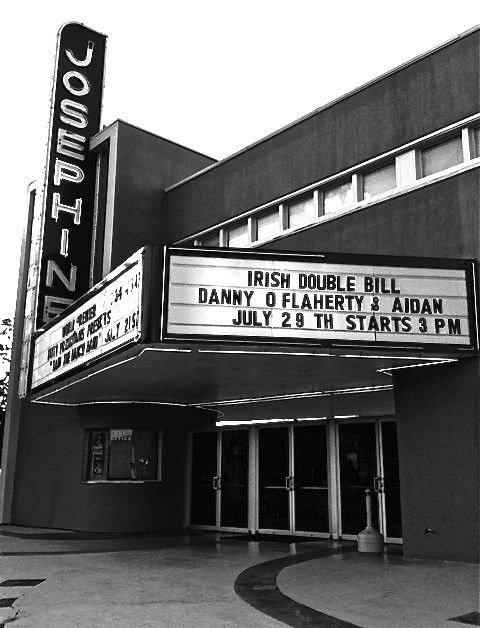 Opened on February 19, 1947 with Robert Montgomery in “Rage in Heaven”. This Art Moderne style theatre was one of the many independents that flourished in San Antonio through the 1960’s. From 1973 until it closed in 1983 it screened adult movies. It was converted to live theatre and presently they produce mostly musical revues there.

The Josephine was one of many neighborhood theatres that sprang up after World War II. It held around 750 seats, and had a green curtain in front of it’s screen. There was no balcony. The auditorium had three back lit glass etchings of nursery rhyme characters on each side wall. The seats had padded armrests. There was a drinking fountain on the back wall of the auditorium. The Josephine went to running X rated movies in the 1970s, and the few times it tried to revert back to regular fare, it didn’t do well. It finally closed, and the theatre was refurbished into a legitimate playhouse. It is doing very well, and the shows put on there are VERY well done! Although the Josephine was probably the least elegant of all the neighborhood theatres of it’s time, it is still shining as an entertainment venue whhile the others are demolished, or being used as other businesses.

From Boxoffice Magazine, January 25, 1947: “Gene Mueller and Bob Dennis will open their new 850-seat Josephine Theatre here January 31. The owners are operating as Muel-Den Enterprises and have other businesses besides the theatre. They were projectionists for the Interstate circuit for many years and both are officers in the local projectionists union.”

Photos of the Josephine Theatre appeared in the November 15, 1947, issue of Boxoffice. The architects were Noonan & Noonan (the only theater that firm ever designed, as far as I’ve been able to discover.) The style was a rather severe take on Art Moderne, not Art Deco.