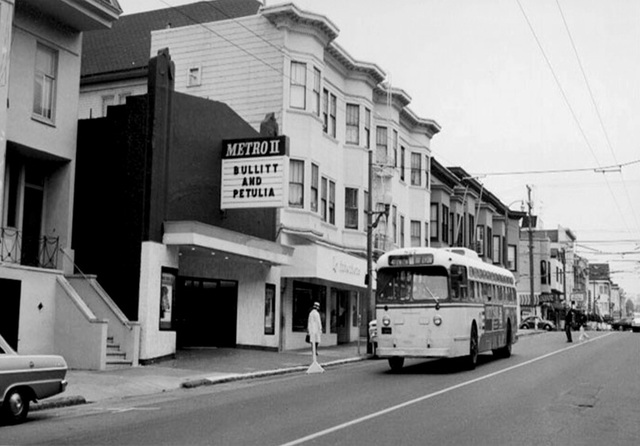 This neighborhood film theatre opened as the Cory Theatre in 1913. It was later renamed Union Theatre, then on November 20. 1941 it was renamed Rio Theatre. It played double bill westerns and revivals through the 1940’s, held family night singalongs and grocery raffles. Later (1950’s) it tried foreign films for a while and was renamed Toho Rio Theatre, screening Japanese films.

Taken over by United Artists in 1968, it became the Metro II on August 16, 1968. It changed hands and became the Rio Theatre again on October 20, 1982. On March 11, 1983 it was taken over by John Buckley, former operator of the Cento Cedar Cinema, who renamed it Mercury Theatre. This began a period of screening foreign movies, but it was closed on February 3, 1986. It was demolished in 1990.

Why was it named Rio?

The Rio opened as the Cory in 1913; among other names, it was called the Union prior to being named Rio on November 20, 1941. Later as the Toho Rio, it showed Japanese films, and after that became Metro II (after the nearby Metro Theater)in 1968; its last name was as the Mercury before closing in 1986.

In the late 1950,s it was showing new foreign films, french and italien

Stylish art deco detail on the corner columns. Too bad it is gone.