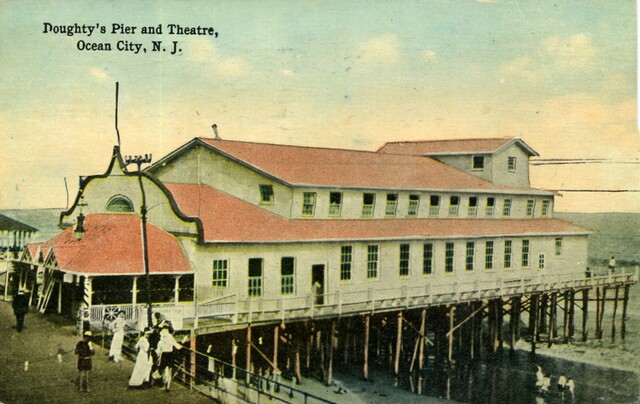 The Doughty’s Pier Theatre became the Village Theatre after the Shriver Theater chain acquired it. The boardwalk was rebuilt on the other side of the theater after a fire. The theatre entrance was moved to the other side and the interior was reversed.