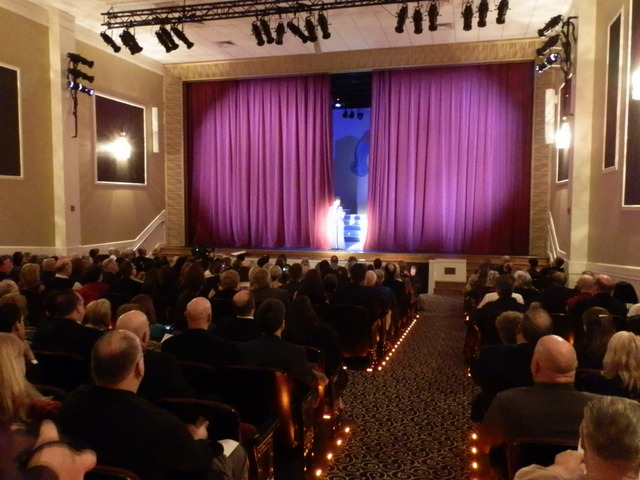 The Grand Theatre opened in 1924. It was still operating a movie theatre in 1951.

After closing this theatre became home to the The Road Company as a successful playhouse. Sadly the auditorium roof collapsed on May 14, 2010 due to a particularly heavy snowfall over the winter. All that could be saved was the front of the building.

The Theater was not sold to a local church group in the 1970’s. That wasn’t until the early 1990’s. The Grand ran second-run films thru the 1970’s until 1987. The last film to play there was Wes Craven’s Deadly Friend. After the theater closed, the words “Deadly Friend” hanged on the sign outside for a year. Growing up in Williamstown, I was there every weekend. earliest film I remember seeing was The China Syndrome. The lobby was filled with vinage 1950’s era vending machine that didn’t work and they sold soda in the smallest paper dixie cups. They discouraged people from drinking in the theater itself with signs in the concession area telling you not to do so. The best thing about the theater was how the the whole town came out to the movies in the summer… you didn’t need parking- everyone walked.

SCarino….please contact me for further comments on the Grand Theatre in Williamstown. I’m doing a short history and would like to have you included. Thanks…LesterELGY
@ aol.com

Sadly this is more than just a buckle in the roof as the previous article implies. The chances of this being repaired in a month’s time seem pretty slim looking at these photos: View link

here is a link to a vidieo of the collapse.

That’s probably it for this place unless they have a big insurance policy. Sounds like good things were happening. So this is really a shame.

Does not look too good for them.

Reopening this weekend with a production of Hairspray. Philadelphia Inquirer story here.