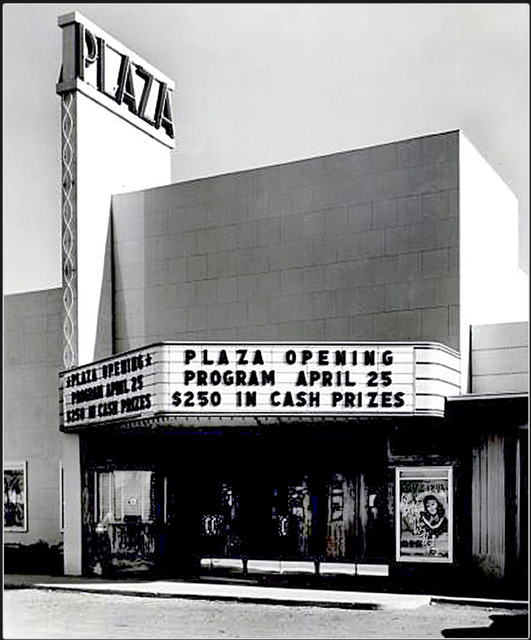 You may enjoy looking at these 1940 Grand Opening photographs, type in word “plaza”, then search,
View link

This is part of an article in the Lubbock Avalanche-Journal dated 6/30/46:

An expansion program of Lindsey theaters, which will include the construction of three additional theaters and remodeling of a fourth into a first-class house, was announced Saturday by Clark Abbott, local manager. One of the new theaters, to be known as The Plaza, is under construction in the Green Acres community center and will be ready for occupancy by Sept. 1. The new theater will seat 800 patrons and will be completely fireproof and modern in every respect. It is being built by Robert Maxey in connection with the suburban shopping center in southwest Lubbock.

Saturday’s announcement revealed a substantial addition to the building program and a second new theater will be started within a short time at Fourteenth and Texas Avenue. The 52 by 125 foot location for the theater was purchased the past week by the Lindsey theaters organization for $50,000 from C.H. Grollman.

In the late 1950s this theater was only open on weekends (maybe just Saturday, I’m not sure). This was Kid Heaven on a Saturday afternoon! There were double features and cartoons, and the place was just full of kids like me. I remember seeing Tarzan movies there and even “Johnny Tremain.” I still smile when I think of this theater!