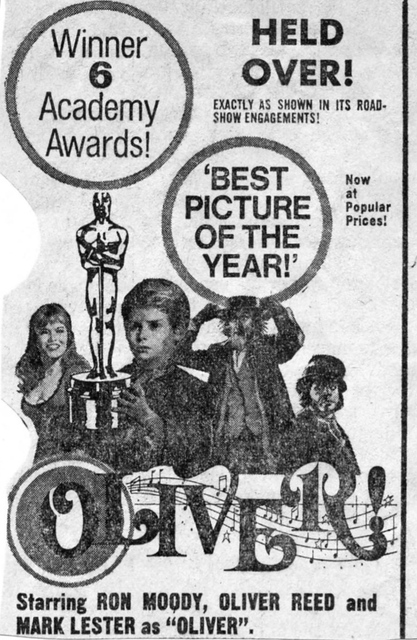 The North Dekalb Theatre emblem is missing but this ad is from that run. After winning Best Picture and playing its long run reserved seat engagement, OLIVER! opened in the fall of 1969 in the same 70mm format, minus the intermission, that it had opened in. OLIVER! was a film everybody saw.