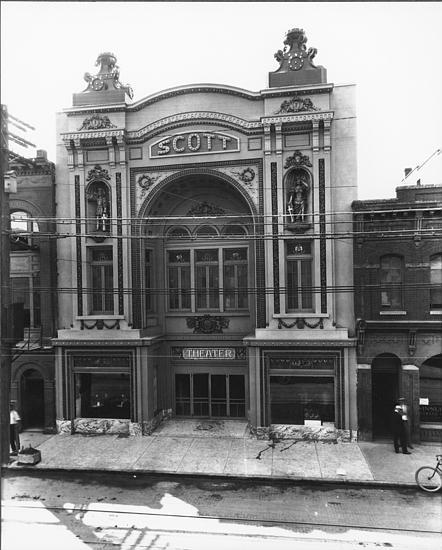 Accoding to the 1936 AFY Yearbook, the Langley at that time seated 850.

The last movie to play at the Langley was The Alamo

The Scott and the Langley looked very differently. A local old timer told me that the Scott front was remodeled but most of the building retained when it became the Langley.

The building has since been demolished.

This ad, headed “WANTED, HIGH-CLASS MUSICAL COMEDIES” appeared in the January 24, 1920, issue of The Billboard:

“20 to 35 people that can give two-hour Show; also Dramatic and Vaudeville Companies. Percentage or salary. One to two weeks' stand. If you have the company I have the house. Let’s get together. Traveling independent companies of all kinds, let me hear from you, especially big Musical Comedies.

This web page has a colorized postcard of the Scott Theatre (click third thumbnail in the bottom row.)