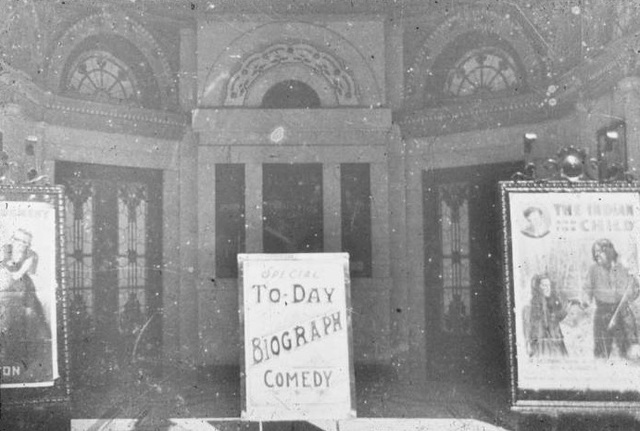 This early Peoria movie house located on Adams Street near Fulton Street was opened in 1913. It was still operating in 1945, according to the Film Daily Yearbook from that year, which notes it could seat 500. However, it didn’t last much longer, because the Columbia Theatre was closed and demolished in 1952.

The Columbia was the first of the long-time downtown Peoria theaters to close after the advent of TV in 1951. It was distinguished by being a half-block long and only 10 seats & and one aisle wide! It was one of those theaters which had the reputation of providing “free shoeshine” along with the movies!

The Columbia was said to be one of the first three nickelodeons in Peoria, according to an article in the February 2, 1952, issue of Boxoffice Magazine. The article said that the Columbia closed forever after its last show on December 31, 1951. At the time it closed, it had long specialized in “B” movies, and was the longest-running theater in the city at the time, having operated for almost half a century.