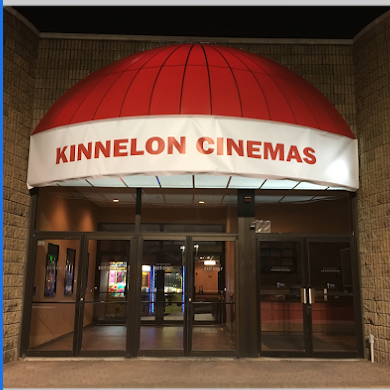 The Kin-Mall Cinemas 8 opened April 24, 1992. Located just off Route 23 in Kinnelon, this theatre is one of many former Clearview Cinemas that in June 2013 have been taken over by Bow-Tie Cinemas. Located in Morris County it attracts moviegoers from the northern part of Morris County (i.e., the Pequannock Area). Its location near a busy shopping center makes it convenient for shoppers to go to the movies. On November 11th 2016, Bow Tie transferred ownership of this theatre to an independent. It had closed by March 2022.

It was taken over by the same owner as Teaneck Cinemas – Bow Tie did a great job of running this place but the physical layout with low ceilings makes it difficult to do anything significant to increase screen size. Hopefully the new owner will continue to make improvements – the theater could certainly use some new seats.

Teaneck Cinemas was in terrible shape when they took over and it evolved into a very nice, clean and modern movie theater with stadium seating and high back rocker seats – – so I think Kinnelon is in good hands! (The showtime are a still a little hard to find, but they’ve launched a website and are available on Fandango)

This theatres current web site is probably the worst theatre web site I have ever seen. It is fairly close to being worthless.

This opened on April 24th, 1992 as Kin-Mall Cinemas 8. Grand opening ad can be found in the photo section.

My trip to see Lion at the Kinnelon Cinemas:

Thursday is currently “senior day”, and according to the web site the price is $5 for seniors. We arrive, boxoffice closed, they are selling tickets from the concession stand. No admission prices anywhere. I ask for 2 senior tickets (we are seniors), and I am told $16. When I ask why the web site says $5 each, I am told that $5 is indeed correct and he re-issues me new tickets.

The theatre lobby clearly has not been cleaned from dropped popcorn from prior showings that day.

The popcorn was stale, almost inedible.

The movie was in auditorium 4. The preshow was out of focus, but the feature was ok. Widescreen “scope” film, screen masked for non wide screen 1.85. Looked like I was watching letterboxed TV. Nobody came to close the auditorium door, which was letting light in.

Other than that, my trip was uneventful. I will never buy a concession item from them again, but the theatre is probably worth the $5 for a first run evening showing.

Has there been any news on if or when this theater will reopen?

Appears that the space that used to be Kinnelon Cinemas is now up for lease. I guess it’s safe to assume at this point that this theater has seen its final days.

Too bad because they had made some nice improvements to the seats.

All equipment and fixtures in this theatre are going up for auction in the near future.

This is a decent theater multiplex. The last time I went there I noticed the seats were improved and the projection and sound are good the popcorn was not stale like someone else had experienced.It is a shame this theater is now closed another independent theater lost for the community and people would like to come and just check out another independent versus a big multiplex