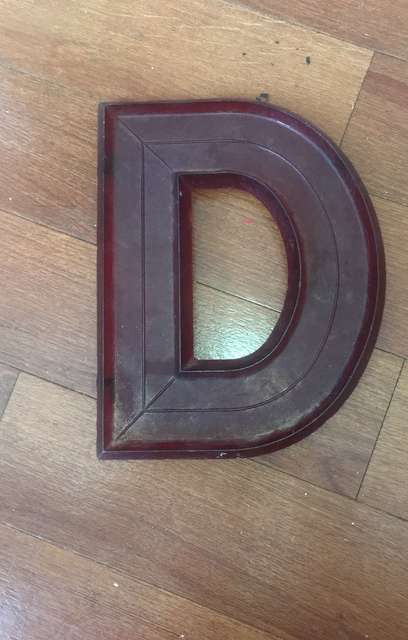 Another venue from my past. I attended the Martin (now Carmike)operated Starlite many times during the early 70’s while a student at Georgia College. I do not know the address, but it was located on HWY 441 North on the west side of the road between town and the old Hatcher Square. The last time I was in Milledgeville I had truble finding the exact location. It seems that the site may have been subdivided. A Wal-Mart (the source of destruction of many drive ins) occupies a good part of the site, but they might have bought out other ajoining properties as well, so the store might not sit exactly on the old drive in site. Also, the drive in was located on a hill that seems to have been leveled.

The entrance was off 441, and when sitting on the field you faced NE. The projection booth was located on ground level next to the snack bar. Although I never got a close look, the projectors seemed to be Norelcos with carbon arc lamps. On weekend nights, your admission also got you a “Banko” (as opposed to Bingo) card. Numbers were called out during intermission.

Programs were double features and usually changed twice a week, running Sunday through Tuesday and then Wednesday through Saturday. During that time you had to drive to Macon to see a first run movie. When movies went to second run the usually went to the Martin operated Campus (indoor) in downtown Milledgeville. If the booking schedule was full you might see the lesser of the second runs play at the drive in. The co feature was always something from the previous year or years. Sometimes both features would be years old. My movie log (long since abandoned) shows that some of the movies I saw there were Darling Lilly / Out of Towners, Jesse James, starring a very young Henry Fonda,/2 Mules for Sister Sara / Tell Them Willie Bay Is Here, Winning / Hellfighters, Psyco, (the only single feature I remember seeing there). They obviously had a Universal Pictures connection as did many Martin Theatres during that time including first run theatres in Atlanta. Some other features from that time were Last of the Red Hot Lovers / Play It Again Sam, Paper Moon, Great Northfield Minnesota Raid / Sometimes A Great Notion, The Hospital / Money Talks.

The projection was always borderline. The picture was never especially bright, and differed considerably between projectors, and this was long before the days of radio sound. Also, the projectionist had the supremely aggravating habit of cutting off the show as soon as the credits started to roll.

I later discovered a very nice drive in in a beautiful setting, the Georgia Theatre operated Riverside in Macon and started going there. I have attended and worked in many drive ins in Atlanta, but have never seen the small town, dirt field, informal atmosphere of the Starlite duplicated. It was never the best place to actually see a movie, but it did provide for a very plesant setting and a nice change of pace for this city boy who chose to come to a small town for his education.

Sometime around 1972, Martin opened a single theatre in the new Hatcher Square and started to open the better movies there. This caused a chain reaction where the Campus had to start showing some of the movies the Starlite would have played in the past, and the drive in was left with some very poor programs. The Starlite was still operating when I graduated, but was closed by the late 70’s although the screen was still standing into the 80’s if my memory of post college visits is correct.

I live in this god-forsaken hole now and I can say this about the “Starlight;”

I moved here in the late 80s and the screen was still standing, albeit ravaged by the elements and lack of upkeep. The entrance was just off US 441 (Columbia Street) on Hammock Road. The site is now occupied by the remains of Wal*Mart and Winn-Dixie (both recently closed).

My wife was born and raised here and has fond memories of seeing movies there as a child. Currently there is only a single six screen theater in town.

The Starlite Drive-In, then under construction, was expected to be open by Thanksgiving Day, 1963, according to the November 25 issue of Boxoffice Magazine that year.

Also, Milledgeville had an earlier drive-in as well. Harry Hart noted in his Boxoffice Magazine column on June 10, 1950, that Martin Theatres had opened its 350-car Cadet Drive-In at Milledgeville on April 24.

The above address will map accurately to the location of the drive-in, which is now occupied by a shopping plaza.

Here is a 1972 aerial photo of the drive-in, courtesy of Earth Explorer and USGS.

Approx. address for this drive-in was 1820 North Columbia Street. The entrance at this location is where the drive-in driveway stood.

I have vague memories of movies here but I was too young.

That said, my best friend and I were young boys right before the Starlite was to be demolished and we went out there and explored. We climbed what remained of the screen (dangerous and dumb, as young men are inclined to be) and went into the projection both. I took a letter “D” which is my first initial, along with a few signs and 3 log books of the movies they showed (I later went to school as a film historian at Georgia Tech’s HTS program). I have lugged these items around with me for a long time and will upload images as I take them.