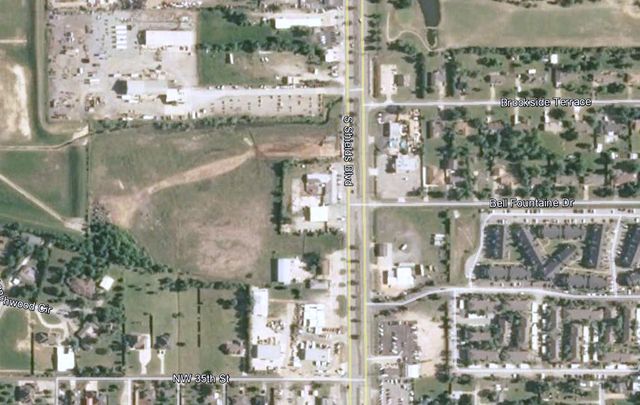 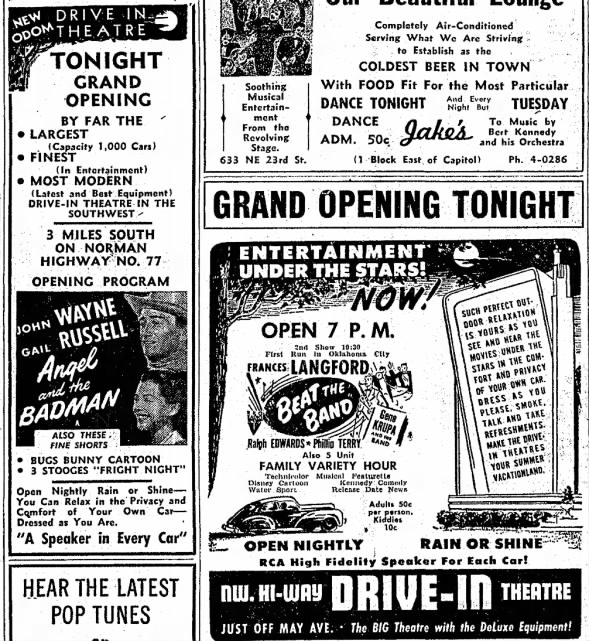 More personal details than normal from the June 21, 1947 BoxOffice:

Robert L. Barton, son of the R. Lewis Bartons, and Betty Lou Humphrey were married recently. Both the bride and bridegroom were Oklahoma City university students. The bride was president of her senior class. The couple is on a one-month wedding trip to Canada and Niagara Falls. Young Barton is associated with his dad in the theatre business but plans to continue his college education in the autumn. His father owns a chain of houses in Oklahoma, including the Home, Knob Hill and Redskin here. He also is building a new drive-in near the city which will have a 1,000-car capacity. It is three miles south of the city on Norman Highway 77, and will be known as the Odom.

I would double- and triple-check any source I found that contradicted Wesley Horton’s work. In this case, it’s undeniably true that March 6, 1948 was not a Friday. But March 26, 1948 was. 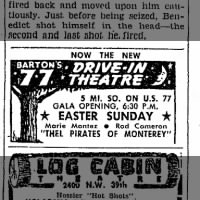 You need to recheck your data. March 6, 1948 was indeed a Friday. Note the advert from the Oklahoman archives on that date:

To Wesley Horton, Welcome back! So great to hear from you! I just read your name in the “Tulsa Movie Theaters” book I bought this week. Please drop me an email at mkilg

I bow to you in your superior Oklahoma drive-in knowledge, and probably much more, but every calendar I’ve accessed insists that March 6, 1948 was a Saturday. That would line up with the Daily Oklahoman believing that the 26th was a Friday. All I know is what I read.

Tough question: WHY was this drive-in named the Odom? When it was built, the future Odom Road didn’t exist.

The easy answer would be that the Sullivan Theatre chain, which opened the NW Hi-Way the same night as the Odom’s debut, had something to do with it, since the head of that chain was Odom Farrell (O.F.) Sullivan. That theory would say that Sullivan sold it to Barton during the first off-season, and that’s why he renamed it Barton’s 77.

If only I hadn’t found the June 21, 1947 BoxOffice note above, which clearly shows that Barton finished the Odom. BUT look who started it before Barton bought it.

Motion Picture Herald, Feb. 15, 1947: “First drive-in theatre for this area has been announced for opening about April 15 with construction started last week on a 1,000-car unit to cost $100,000, as announced by C. C. McCollister of Wichita, Kan., president of Peerless Theatres, Inc., Sanford Swim is vice-president and Merle L. Barnes is secretary-treasurer of the company. The new theatre will be called the Odom.”