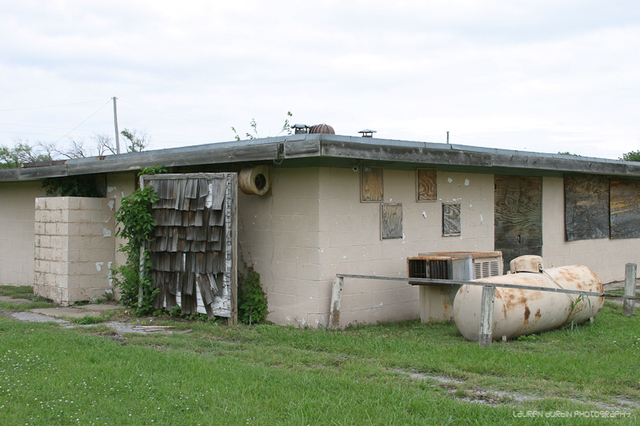 See this open air cinema as it original looked as the Broken Arrow Drive-In Theatre,
http://tulsatvmemories.com/aida.html

has since been demolished only the ramps remain

The drive-in remains in its original condition minus the screen.

It has not been demolished. The area indicated on his Google map is not the correct location.

This is the correct location.

The address listed above is incorrect. The location of this theater is 3075 W Kenosha St, Broken Arrow, OK 74012. This points directly to the drive in itself. Check the website given by Seymour. This matches the drive in skeleton. FYI West Kenosha is used now not E. 71st St. S. There is no 71st St NE in Broken Arrow.

Actually, the answer is that both 3075 W Kenosha Street, Broken Arrow and 3075 E 71st Street, Tulsa are legitimate addresses. This is because when the 51 Drive-In was originally built it was outside the city limits of Broken Arrow and Tulsa.

Both cities have merged along 71st and W Kenosha, so either one works and both claim the area.

As a side note, despite the excellent condition of the drive-in itself apart from the missing screen, I highly doubt it will ever re-open. This is because 71st/Kenosha has been widened making getting into the drive-in quite difficult.

Given that 71st is one of the busiest roads in the area, the traffic backup would be massive unless the drive-in itself was considerably reduced in size.