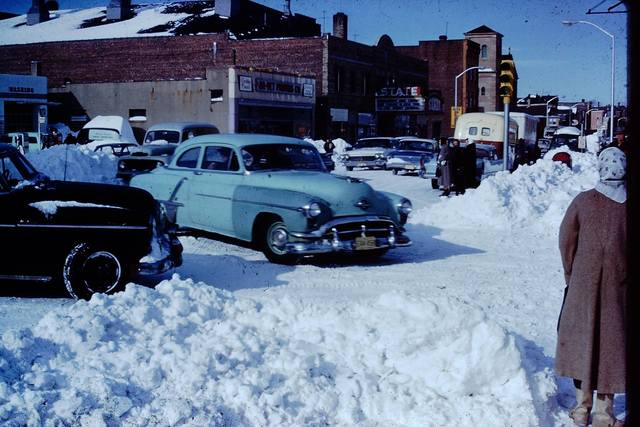 The State Theatre was opened around 1930. It was still operating in 1960. This theater became Spencer Auto Parts in 1965. By 2015 condominiums had been built on the site.

Listed as part of Independent Theater Service, Inc. in the 1956 Film Daily Yearbook. Listing is as the “New State”.

No indication of an auto parts store there now. The front has been renovated and modernized. Looks like it is now a multilevel parking garage. There are windows cut into a side wall so I assume the interior was gutted during the conversion.

It looks to be the Alvarez Condominiums now.

Just added a late 1960 photo, with “High Time” and “The Enemy General” on the marquee. So it was still operating then. They were released in September & October of 1960.

The current street view shows that it has indeed been replaced by the Alvarez Condominiums now, which I believe is a new structure. Since the auditorium roof line is no longer visible. The small building to it’s left in the 1960 photo, still remains today.