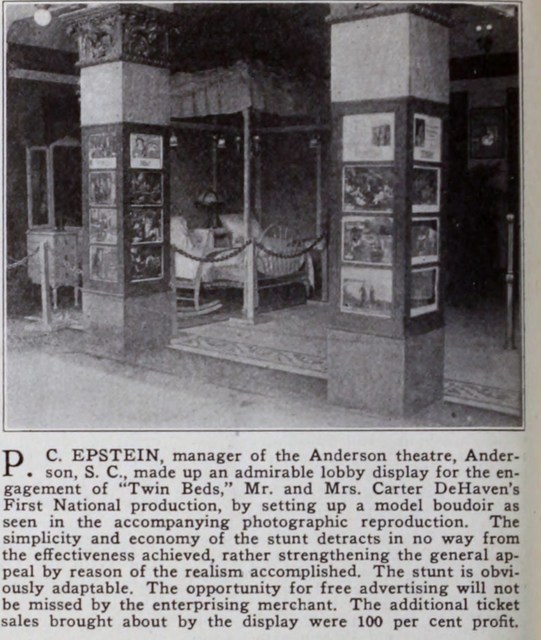 Located at 204 W. Whitner Street at the corner with N. Murray Avenue. By 1926 this was operating as the 800-seat Garden Theater.

Originally constructed as an Opera House, the Criterion, Anderson, SC
was indeed located on W. Whitner St. I worked there as an Usher,
Popcorn Machine attendant, Ticket Taker, & subsequent Asst. Mgr., from 1947 to 1950. I remember it well to this day. Very ornate in its construction, it featured a large Marble Lobby, 500-plus seats on
the Main level, with 150-plus in the Balcony area, & six Box-Seats on
either side near the stage area, which was quite large in itself with
many huge Backdrops operated by hand. Many dressing rooms were located on the 2nd level, with three (3) in the basement level. Personal Appearances (mostly Western Stars) and Vaudeville-type Shows
continued well into the 50’s. Roy Rogers was the star of the day in
1948-52 and on Thursday, Friday and Saturdays, the line waiting to buy tickets for the 7 & 9 pm shows stretched clear around the block!
For more info, contact: Jim Compton –