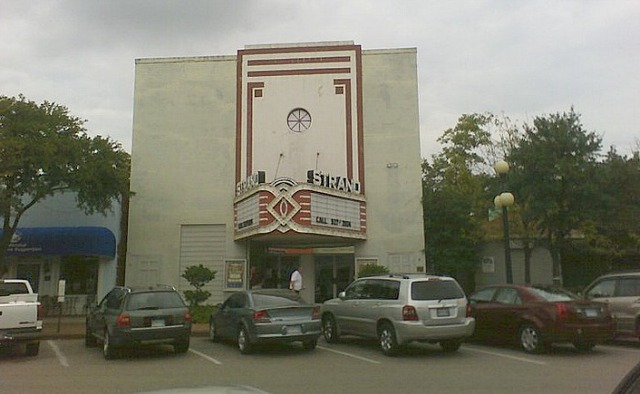 The Strand Theater features an interesting Art Moderne facade. It retains its original marquee. The 1940’s style box office was built for the film, “Made In Heaven”. Since 1982, the Strand Theater has been home to the Swamp Fox Players, which presents live theater.

I visited the historic downtown district of Georgetown several weeks ago and saw the impressive old facade of this main street theater. It no longer show movies but appears to be used for other community functions.

It’s too bad that they don’t show movies anymore as Georgetown seems to lack even one movie theater.

Still, the Strand fits in nicely with the historic port and downtown area and still serves its citizens in some capacity.

Here is another photo:
http://flickr.com/photos/bunchofpants/68319285/

For information about the history of The Strand Theater in Georgetown SC and about The Swamp Fox Players who perform there please click http://www.myrtlebeach-living.com/theater.html