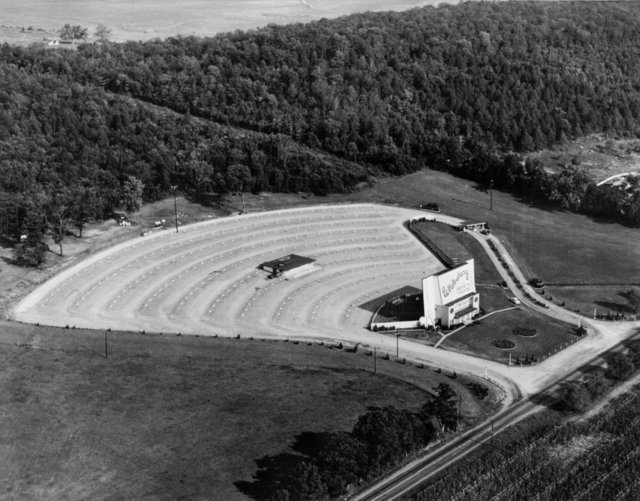 BTW: When this was open, Airport SW ended @ Whitesburg.

The Whitesburg Drive-In Theater, Huntsville’s first drive-in, was opened June 16, 1949. This theater is located one-half mile south of Huntsville on Whitesburg Drive and is owned and operated by Acme Investments, Incorporated, whose stockholders are Walton Fleming, president; Martha Fleming, vice-president; and Charles A. Crute, secretary-treasurer. In keeping with company policy, the latest type of equipment is maintained. The screen size was increased in 1954 to 100 x 40 feet to accommodate both wide-screen and Cinemascope attractions. Just prior to that time, playground equipment was installed in front of the screen and is available free of charge to patrons. The Whitesburg Drive-In Theater has a modern, fully-equipped Snack Bar. Mr. Robert Ross, who manages the Theater, is also manager of the Snack Bar. The screen burned down some time during May of 1980. All of the playground equipment was now gone and the lot had been bulldozed over.