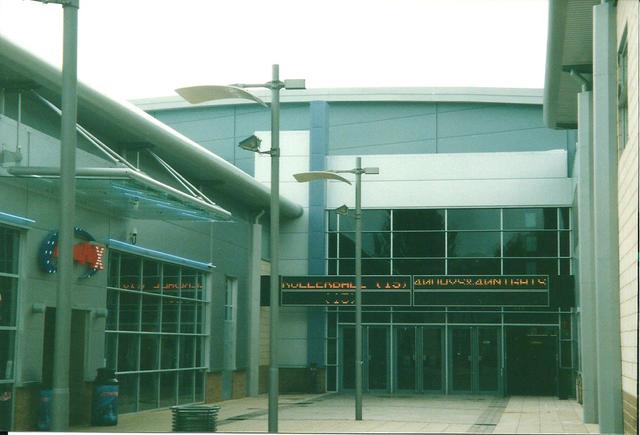 Cineworld Yeovil opened in April 2002 and was designed by Unick Architects. It has 1897 seats and was the 26th in the British start-up chain.

High prices (especially compared to nearby Dorchester’s Plaza and Odeon cinemas) are being blamed for a decline in the town centre and the closure of the neighbouring bowling alley. http://www.somersetlive.co.uk/whats-on/whats-on-news/yeovil-suffering-because-cineworld-cinema-554663

I visited Screen 2, the largest auditorium. It has an impressive large Scope screen with no movable side masking. The auditorium was impressively very dark during the film itself.

Cineworld often gets criticism (on this site and other forums) about its modern multiplexes, typically comments about the auditoria being too light and some screens being ‘Flat’ necessitating Scope films to be letterboxed.

Back in the early 2000s, Cineworlds were designing their cinemas correctly, Yeovil being a good example. I could not fault Screen 2, it was excellent. I am told that all the other screens are Scope as well.