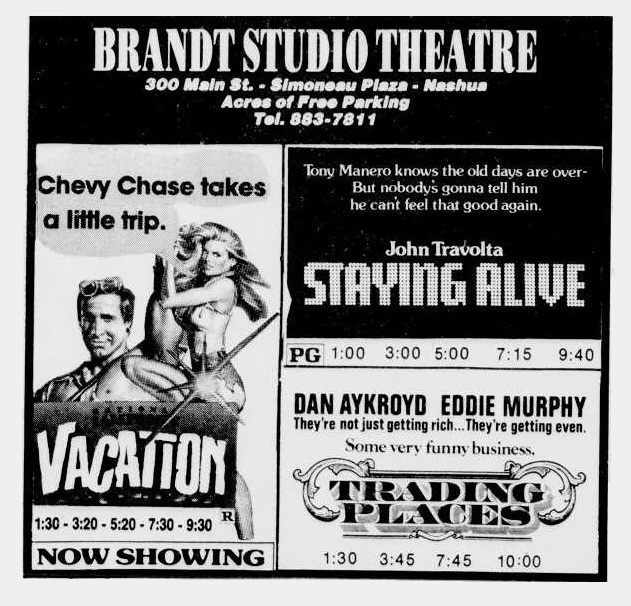 Typical multi-screen movie complex, this opened in the late-summer of 1970.

The Brandts Theatre was demolished a few years back. The site is now either a bank or a fast food stop. As of this entry (9/2005), Nashua has no theatres. The closest is the Tyngsboro multiplex across from the Pheasant Lane Mall.

Here is a February 1978 ad from the Nashua Telegraph:
http://tinyurl.com/rbjgpm

Brandt Studio Theatres planned to build fifteen new houses in 1970, according to a brief item in Boxoffice of January 26 that year, but I think the Nashua location might have been the only one completed. John J. McNamara was the architect for the projects.

All were to have been small houses of the automated type. The only other locations mentioned in the item were 350-seat single-screeners in Greenport and Plattsburgh, New York. The Nashua location was to be a twin. The Nashua Telegraph of June 11, 1970, said that the twin was nearing completion.