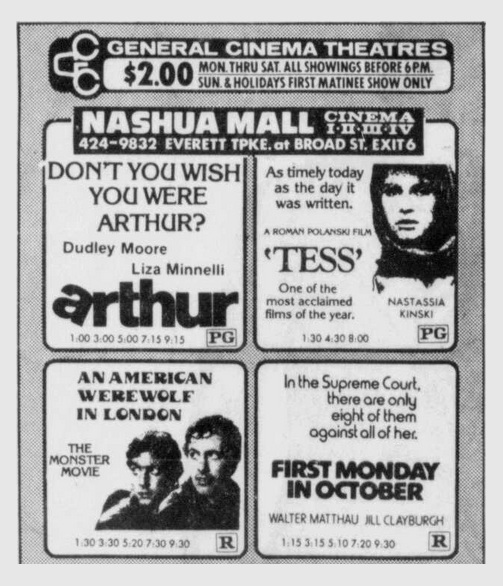 A typical multi-screen movie complex. The Canad Cinema opened in 1965, and was closed in March 2003.

The Canaad was demolished a few years back. The site is occupied by a Wendy’s and Outback Steak House.

This theater was opened with two screens by General Cinema Corp. It was later tripled, then made a 4-plex, by splitting each of the original houses into two. This theater and the Bedford Mall 4 were sold to Canad by GCC at the same time.

Launched by General Cinema as Nashua Mall Cinema I & II on March 29, 1972 with a preview night showing “The Hospital” and “Winter Comes Early.” Official opening was two nights later.

When did this cinema become a Hoyts? They couldn’t have been open as a Hoyts for too long.