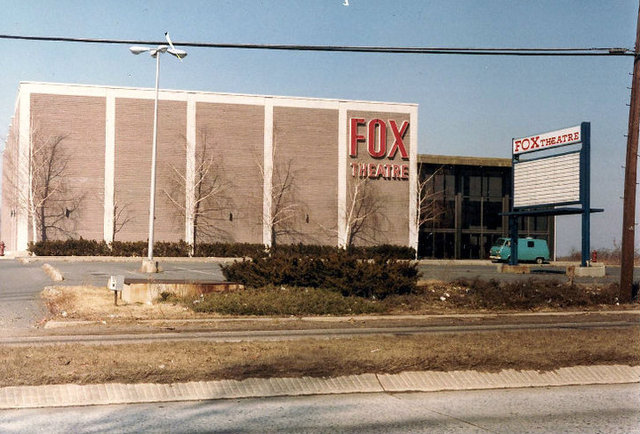 National General operated this first run theatre in the Woodbridge area. It opened December 3, 1968 with Richard Harris in “Camelot”.

As of Feb 26, 2008 Levitz is out of business, only sad part of this is that the Fox Theatre only lasted ruffly 15 or so years, while Levitz lasted almost 30.

Very true Warren, but also a sad testament to our society that no one except the good people here on CT care about old movies and classic movie palaces.

Movie534,
I’m certain that the date of closing you posted cannot be accurate, as I remember seeing THE ONION FIELD at this theater in August of 1979; also I remember METEOR being released in the fall of that year.
BarryM

Barry M,
When you get to be as old as I am, and worked in more theatres than you could imagine, sometimes dates become a blur. You were right. The theatre closed on Feb 2, 1980. I looked back in my numerous logs and realized my mistake. Sorry.

I saw several films here, including Young Frankenstein, Hot Stuff and The Main Event. As a kid, the place seemed upscale to me compared to the Fords and Iselin Theaters I was used to going to.

Almost 31 years to the day it closed, a new furniture store has opened in its place, American Signature Furniture.

And now in August 2015, American Signature Furniture is being demolished, and Hobby Lobby is being built.

This opened on December 3rd, 1968. Grand opening ad in the photo section.