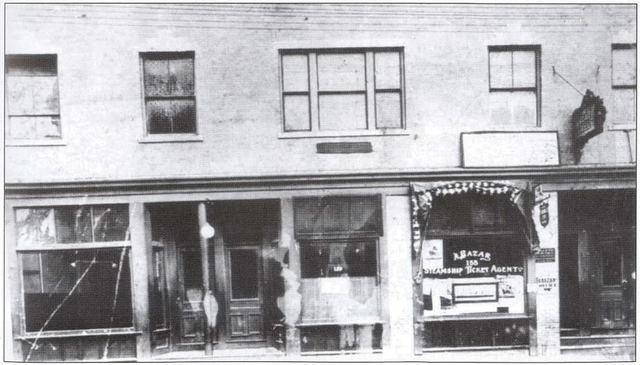 The 1919 Providence city directory lists a theatre by this name at this South Providence address which is near Eddy Street and Rhode Island Hospital.

This picture from the early 20th Century shows Bazar’s Hall (entrance right). According to the Images of America volume South Providence, the hall was a center of Jewish social life for the neighborhood. Weddings, dances, lectures, plays took place here. On Friday nights the hall became the neighborhood’s silent movie house, listed in the city directory as the Star. It seems to have been on the second floor.