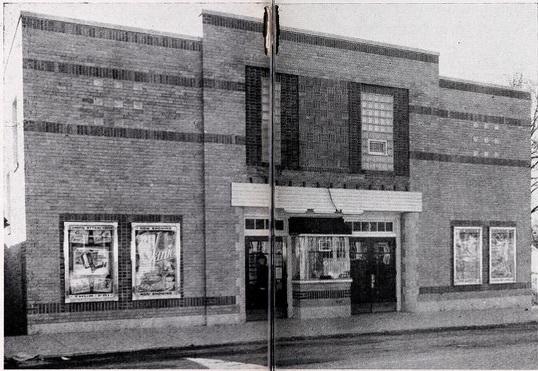 The Marlborough Theatre was located at E. 81st Street and The Paseo. It opened in 1924. It was renamed Paseo Theatre on April 4, 1931 with Marie Dressler in “Reducing”. It was destroyed by fire on January 25, 1943.

It was rebuilt to the plans of architect Charles A. Smith and reopened in 1945.

By 2018 only the front section and lower walls of the auditorium survive.

The Paseo was also known as the Marlborough.

This Paseo Theatre was a replacement for an earlier house of the same name which was destroyed by fire on January 25, 1943. The July 8, 1944, issue of Boxoffice Magazine said that a permit to rebuild the theater had been issued and contracts were to be let within a month. Both the new and old houses had 750 seats. The architect of the rebuilt Paseo was Charles A. Smith.

The new Paseo opened in 1945, and was the subject of an article in the May 26 issue of Boxoffice that year. This article says that architect Smith had designed the original Paseo, which had been built in an existing, pre-1920 building in 1940. The article does not make clear whether or not the existing building had ever been a theater.

This reopened as Paseo on April 4th, 1931. Grand opening ad in the photo section. It opened as the Marlborough in 1924

Correct address is 8100 The Paseo.