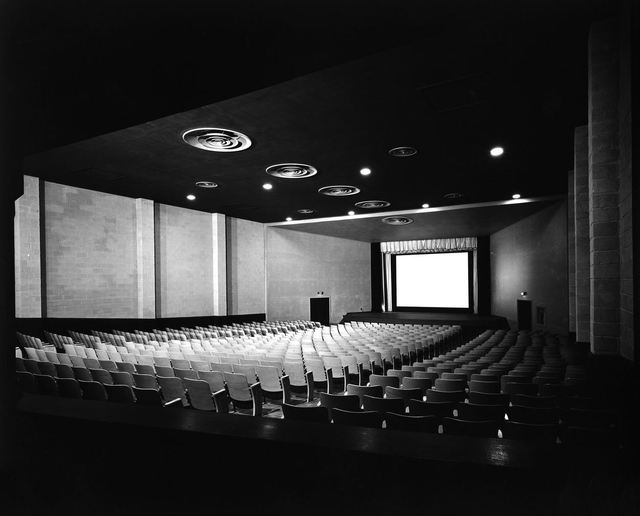 Opened as the Centre Theatre August 31, 1943 with “In Which We Serve”. It was located near the towns' military base.

This was at 123 Randolph Road

The Center Theater was built during the Manhattan Project, as part of the “Townsite” shopping center now known as Jackson Square. The theater showed films and hosted live shows. It is now the Oak Ridge Community Playhouse and, having hosted plays since 1943, is the oldest continually-operating communty theaters in the SouthEast. (www.orplayhouse.com)

Following is a link to the Flickr page for the American Museum of Science and Energy in Oak Ridge, showing the Center Theater exterior as well as the Grove, Jefferson and Ridge Theaters, all built by the Army Corps of Engineers for the Manhattan Project, 1942-1945. Also, the Skyway Drive-In, circa 1960s.

The Center Theater opened on Aug 31st, 1943, showing IN WHICH WE SERVE.