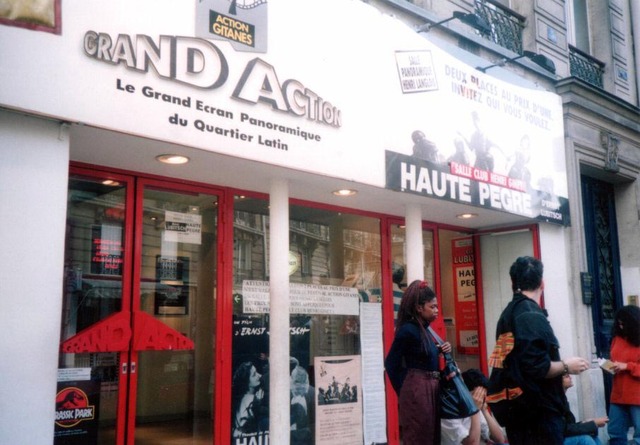 Opened as a music hall named Mesange in 1907. It presented music hall acts and films. It was re-named Celtic in 1950 and became a full time cinema with 440 seats. It played foreign first run films in their original language versions.

In October 1970 it was re-named Studio Jean Cocteau, and with 300 seats, it had drawings by the artist hung on the walls.

In 1983 it was taken over by the Action chain and was re-named Action Rive Gauche, and was twinned to the plans of architect Jean-Claude Pourtier, with the screens seating 220 and 126.

The Action chain specializes in new prints of old classics and screens contemporary films from around the world.