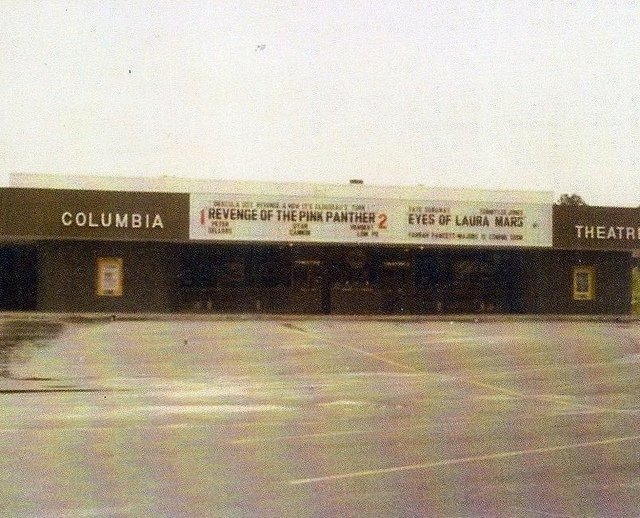 Opened December 21, 1976. Happened across a listing for this theatre while perusing through a 1978 Knoxville city directory. It was closed April 15, 1988

I can recall seeing “The Empire Strikes Back” here.

@Mike, you’re right, Knoxville is a big college town and so most of our theater employees only stay a few years.

You know you’re right,I even worked as Assistant Mgr at GCC Georgia Sq.in Athens.All we had were UGA students,Never realize it until I read what you wrote.

Anyone that worked here,Please check out REMEMBERING PLITT THEATRES,it is for PLitt Theatre Employees.

I saw Smokey and the Bandit and Corvette Summer, as well as many other “classics” there in the late 70’s

I bet “SMOKEY” played all Summer long there.

I worked at that theater in the late 80’s. It was my first job, and I have very fond memories of it. The theater was rarely crowded, except on the weekends, and there wasn’t much to do except flirt with the cute concession stand girls. I remember Ronnie McHone and his assistant manager David Fry, nice guys who went to work at the 6 plex a few miles down the road. I could go on and on about about that theater, what a great place for a first job.

cgl102770 , yep we all had cute candy girls,,,go on with more stuff Guy, bet I did the same thing, our twin in AUGUSTA was like CEDAR BLUFF…..plitt abc theatres..

This theatre was opened on December 21, 1976 by ABC Southeastern Theatres. It had two auditoriums each seating 375. The first movies were “Nickelodeon” and “Great American Adventure”.

Ownership changed to Plitt, to Cineplex Odeon, and then to Carmike. After Carmike build the Commons Six Theatre less than half a mile away, they closed the Cedar Bluff Theatre on April 15, 1988.

we opened with nickelodeon,,,what a bomb..

This was the first theatre in Knoxville to show Star Wars, then it moved to the Capri 70 for 13 weeks. The 1978 re-release then came to Knoxville’s Cinema 6.