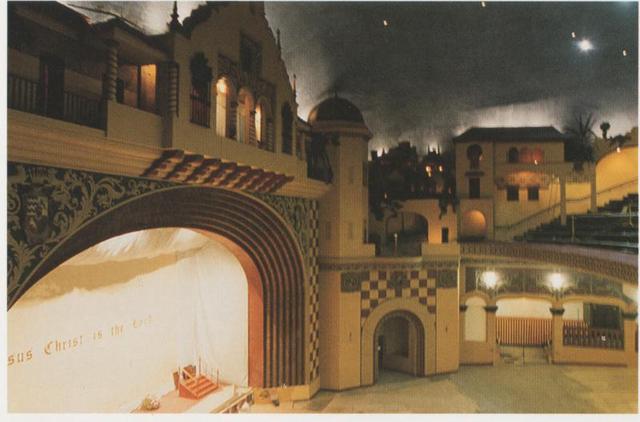 The Astoria Theatre, in the inner north London district of Finsbury Park opened on 29th September 1930 with Ronald Coleman in “Condemned” plus a Gala Stage Spectacle, with artists from the other Astoria Theatre’s making a special engagement on the stage, including Clarkson Rose, Herschel Henlere & Teddy Brown and his Xylophone .

It was the fourth of the famous London suburban Astoria Theatres built by Arthur Segal. Decorated in a lavish Spanish Moorish/Atmospheric style by interior decorators Marc-Henri and G. Laverdet. It was equipped with a twin console Compton 3manual/13Rank theatre organ opened by G.T. Pattman. There is a 64 feet wide proscenium with a 35 feet deep stage and 12 dressing rooms. There was a café on the circle foyer and a fountain containing goldfish in the main foyer is still in place today.

Taken over by Paramount Pictures in December 1930, it was taken over by Oscar Deutsch’s Odeon Theatres Ltd. on 27th November 1939. The Compton organ was in regular use in February 1958 when an extended ‘roadshow’ run of David Niven in “Around the World in 80 Days” played at the Astoria.

Re-named Odeon on 17th November 1970, it was closed by the Rank Organisation on 25th September 1971 with Bill Travers in “Gorgo” and Hayley Mills in “Twisted Nerve”.

Occasional films were screened including Jimi Hendrix in “Jimi Plays Berkley” in January 1972, the World Premiere of the Leonard Cohen film “Bird on A Wire” on 5th July 1974 and the last film to be screened at the Rainbow Theatre was on 10th August 1979 Paul McCartney’s “Wings”.

Following numerous licencing violations and poor maintenance the Rainbow Theatre closed on 24th December 1981. It was designated a Grade II Listed building, but it lay empty and unused for the next 14 years.

It was taken over by its new current owners, the Brazilian based United Church of the Kingdom of God (UCKG) in 1995, and they began work on restoring the building. The auditorium restoration was the last part of the restoration to be completed in 1999, and the theatre is now the main base for UCKG in the UK.

The Astoria Theatre is a Grade II* Listed building.

A set of vintage photographs of the Astoria/Odeon/Rainbow Theatre:
View link

Great photos of a great theatre.

two press ads for concerts from april 1979 when the Astoria was the Rainbow Theatre one of Londons major rock venues, the second ad has the Rainbow logo as it appeared on the building
http://www.flickr.com/photos/woody1969/5447698663/

If you want to know who has played there and when check out www.rainbowhistory.x10.mx

Great pictures and stories,enjoyed them all.

hi! does anyone know when the movie “breaking glass” was shot at the rainbow theatre? i know it must’ve been some time in 1980, but i need the exact date as i want to include this scene in a novel … thanks!!!

Hi Hofnarr
See my website www.rainbowhistory.x10.mx to get the information you want – regards Rick

It really is still a magnificent building. Saw the Beatles and the Yardbirds there one christmas in the 60’s