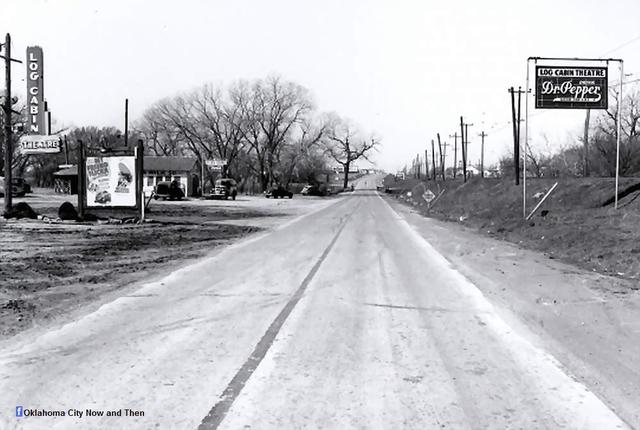 I grew up not far from the Frontier Theatre which was located directly on Route 66. By the time I was old enough to realize what it was, the crumbling complex had already closed. Part of a tourist court built to resemble an old west town, the Frontier Theatre facade looked somewhat like a dance-hall saloon. I’ve been told the rustic interior always emitted an enjoyable cedar scent, and was very attractive by design.
Strange fact is, the Frontier seldom featured western pictures, but usually specialized in highbrow movies such as Orson Wells' Shakespearian films, dark melodramas, and foreign films.

For the Log Cabin (AKA-Frontier) Theater newspaper movie ads ran up to 1957.