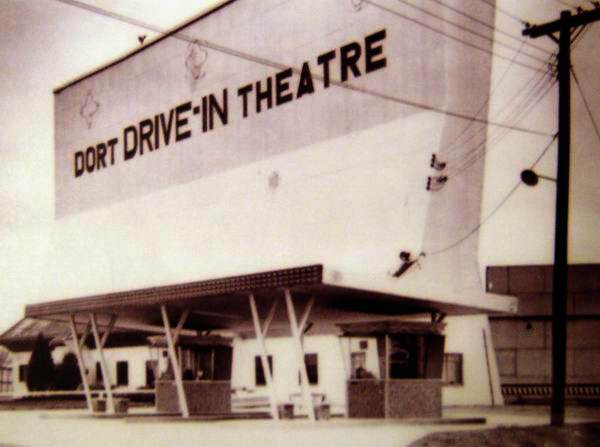 The Dort Drive-In was the first drive-in to be built in Flint, Michigan. It opened August 29, 1946 with a capacity for 700 cars. By 1955 it had expanded to have a capacity for 1,406-cars and was operated by W.M. Rice and Cooperative Ct. having been renamed Dort Eastside Drive-In. The Dort Eastside Drive-In closed in 1963. It was demolished in July of that year to make way for a new Mall.

The Dort Drive-In was owned by William Oliksen, who subsequently owned the Dort Mall, built on the site of the former drive-in. A few years after the mall was built, the Dort Mall Cinema was built on the west side of the mall and operated by General Cinema Corporation. By 1976 the elderly Mr. Oliksen came and toured the property every day, although it had clearly seen better days and was largely vacant. I suspect his tours were more theraputic than actual inspection of the property.

Here is a link:
http://www.michigandriveins.com/detail.asp?id=111

All Bad links’s..Michigan DI’s has been dead for awhile.