The Arcadian Theatre was another of the single screen General Cinema theatres that were once a movie going staple. It was opened on December 17, 1969 with Ron Moody in “Oliver”. It was twinned in 1975, being renamed Arcadian Cinema I & II and was taken over by Florian Creative in 1984. They added a third screen in 1985. Creative Entertainment took over in 1988 and they closed it in 1990. 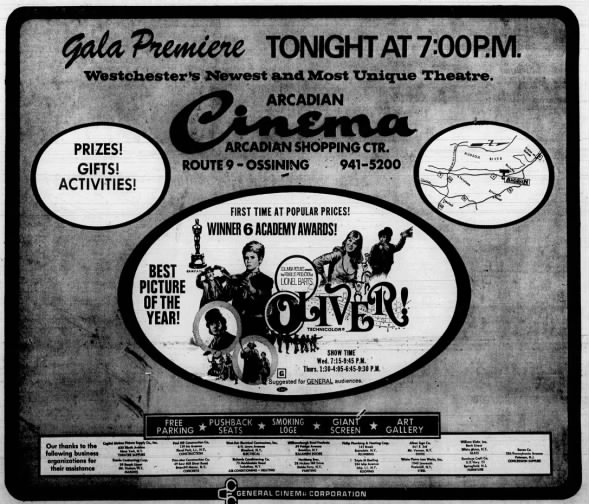