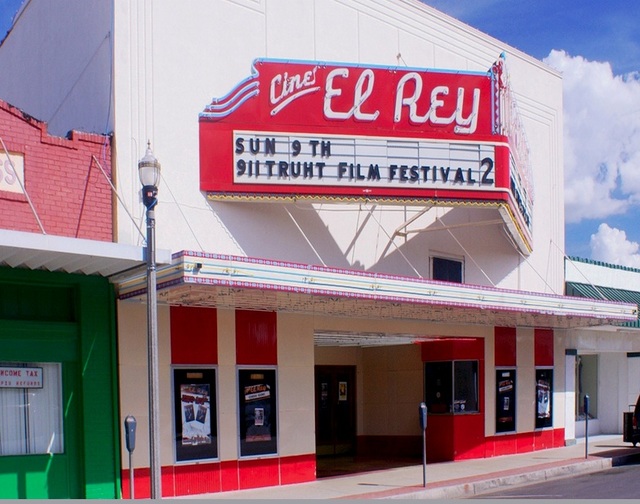 Built by Interstate Theatres Inc. and opened April 22, 1948, Cine El Rey served McAllen’s Hispanic community for 40 years before closing down. Many of Mexico’s greatest performers made personal appearances on its stage.

The Cine El Rey underwent restoration by its current owners in 2001 and now serves the newly revitalized Downtown Improvement District.

Here is a myspace page dedicated to the Cine El Rey:
http://tinyurl.com/bkvwly

The December 3, 1938, issue of Boxoffice Magazine carried an article about the opening of the Azteca Theatre in McAllen. To be operated by Interstate Theatres, the new house had been converted from an existing building on which Interstate had taken a five year lease, and was intended to serve the Spanish-speaking population of the region. Guests at the opening included the Mexican vice-consul.

My guess would be that the Azteca Theatre was a precursor of the Cine El Rey. It is not yet listed at Cinema Treasures. No address was given in the Boxoffice article.

This opened on April 22nd, 1948. A small newspaper ad in the photo section for this cinema.

Cine El Rey made a Los Angeles Times story on President Trump’s visit to McAllen on January 10, 2019. The theatre had tweeted a picture of its marquee, describing McAllen as one of the safest cities in America. The Times story includes the marquee photo. https://lat.ms/2M35tDV