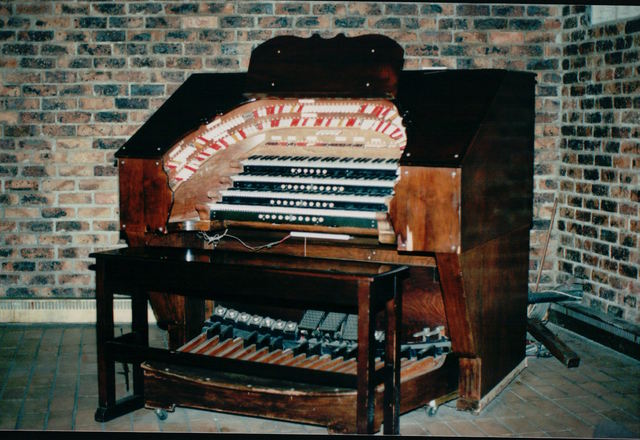 The 20th Century Theatre was situated at the corner of Von Brandis and President Streets in Johannesburg, South Africa. It was opened on 15th March 1940 by 20th Century Fox as the company’s premiere first release house in Joannesburg.

The decor could be described as ‘modern contemporary’ and certainly not atmospheric. The auditorium was decorated by Ernest Ullmann who used a giant relief map of the world on the auditorium walls as a symbolic figure of moving entertainment covering the hemispheres.

The seating was accommodated in both stalls and circle sections. The spacious foyers were luxuriously carpeted and the theatre was equipped with a Wurlitzer 4Manual/16 Rank theatre organ. This was the last organ to be built at the Wurlitzer factory in North Tonawanda, New York, USA and was constructed in 1939. It was opened by American organist Dean Herrick who resided in South Africa. A second console was added later, supplied by a South African company and played by Francis Friedman.

With the introduction of Cinemascope in 1953, the proscenium arch was enlarged and then sported magnificent edge-to-edge gold satin curtains.

The 20th Century Cinema was closed and demolished in the 1970’s and a new shopping mall was constructed on the site.

This theatre may have been operated by the overseas division of 20th Century Fox Film Corp. But it was never owned or operated by the FOX chain or NATIONAL THEATRES circuit.

I can remember reading a magazine article from the ‘70s mentioning “an old 20th Century-Fox movie theater” in Johannesburg that had been converted to an indoor shooting range…possibly this one?