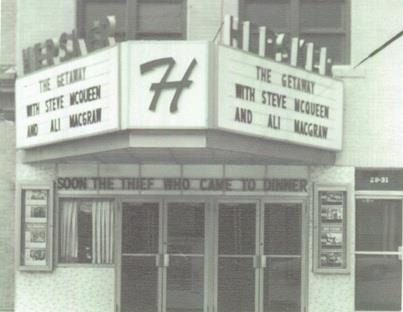 This theatre, which still exists, first opened at 29-31 W. Broad Street in West Hazleton as the Hersker Theatre in 1915. Owned and operated by the Hersker family, it was a two-story structure with a rather narrow auditorium of approximately 300 seats and offices located on the second floor above the lobby area. It had a rectangle shaped marquee on the exterior and showed silent films until sounds pictures became the normal fare.

It was remodeled in 1938 to the plans of August Lohrke & Sons reopening on November 4, 1938 with Tyrone Power in “Alexander’s Rgtime Band”. In 1941 the theatre auditorium was expanded in width to allow for just over 600 seats and the name was changed to the Key Theatre. Around the same time the theatre marquee was replaced with a V shaped fixture that contained neon lights and had a small upright located at the tip of the V. With the 1941 expansion, a small stage was added and for a time vaudeville acts were featured, but these were dropped after a few years because of competition from larger area theatres. It then showed mostly first run and occasional second run films. The auditorium was done in shades of red, gold and cream and was somewhat Art Deco style in design. Multi-colored tube lights were on the auditorium walls and a large gold curtain which still exists covered the stage and screen.

In 1969 the theatre was again remodeled and the name was changed back to the Hersker Theatre. The small upright on the marquee and all neon was removed. The Hersker family sold the building in the late-1980’s and the name changed to the Majestic Theatre although the theatre continued to show mostly first run films throughout the period until 1992.

In 1992 the name changed back again to the Key Theatre and it began showing second run films. The projection booth was updated some of the auditorium seats were replaced and the curtain covering the screen was repaired. The theatre was extensively remodeled in 2003 and is currently a restaurant/bar which also shows second run films. All the theatre seats were removed, the floor was made flat with tables and chairs installed. It currently seats around 250.

You can see a picture of the Key theater marquee from 1950 here:

An additional small image of the Hersker from early 1930’s can be seen here. Don’t click to expand the image unless you’re a member.

And held another reopening on November 4th, 1938 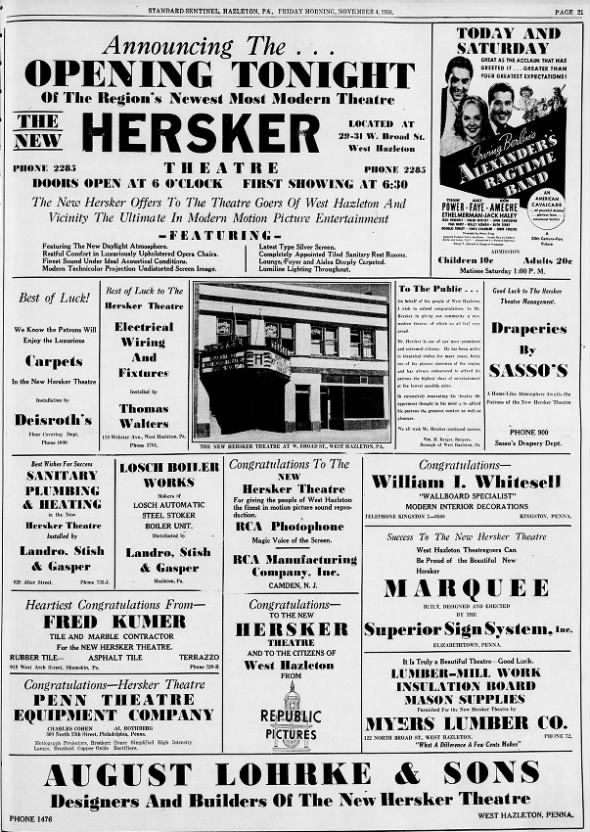 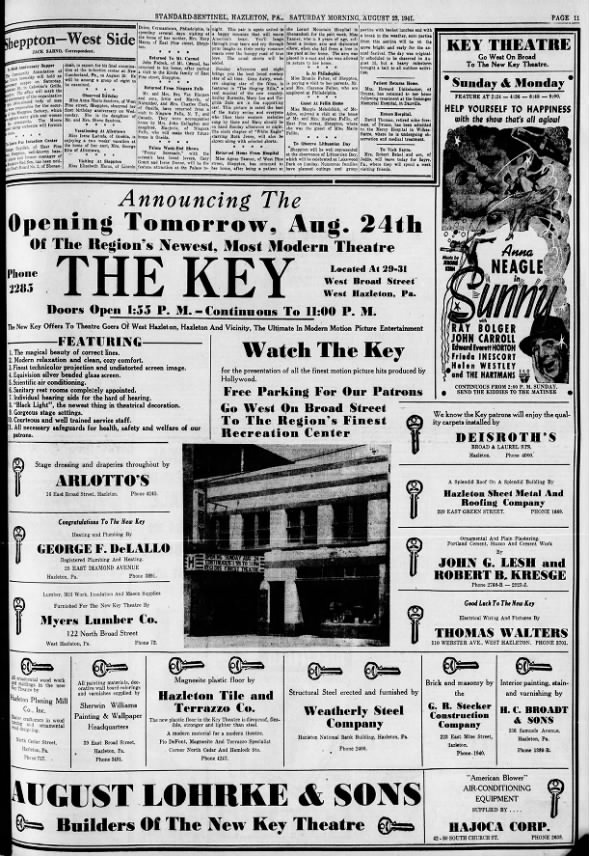